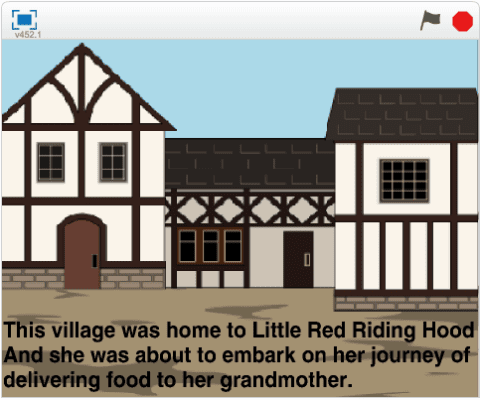 Creating my final animation was a multi- step process. First of all, we had to pick the story we wanted to remix and brainstorm ideas on what the alternate ending could be.  Next, I wrote a script, which was based on my story, it included the first act and the two different endings (original, and alternate). I included stage directions in my script as well because it would help me out while I was completing my animation since I would know where the sprites go and what they do. Then, we were responsible to complete two storyboards: one for Act 1 and the other for Act 2a and Act 2b. This step was important because it helped me visualize all my written down thoughts into pictures and it helped me see the facial features/poses of the sprites to make the animation better. Lastly, with the help of my script and storyboard, I created my final animation and made sure to give credit to all the sources that helped me create the animation such as the author of the original story and the source I found my story from. As a result, I made an interactive story based on a fable, Little Red Riding Hood,  that allows the viewer to decide which path they want to go in.

Link to my Script:

My Act 1 and Act 2 Storyboards: 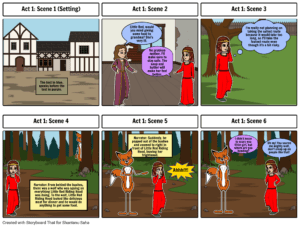