Littering in the NYC Subway System 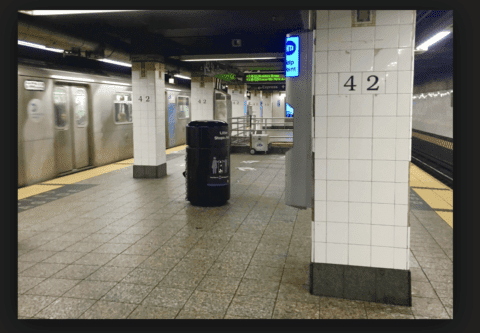 Above is a video I made about littering in the New York City subway system. Littering is a giant problem all over the world, presenting dangers both to humans and to wildlife. Its impact on humans is very obvious in cities such as New York City, where litter creates a dirty environment that can provide dangers to health, as well as causing problems such as fires that can otherwise harm people. I chose to participate in online activism to warn people of these dangers, as well as raise awareness over dangers to nature, such as to marine wildlife. Littering is barely discussed in the midst of many other current conflicts, and I wanted to remind people that it remains a giant problem, though it might not be everyone’s priority.

I created a post about litter in the New York City subway system because I felt it would have an impact on many New Yorkers, since everyone there uses the MTA to commute or has done so in the past. I wanted to create a video about how littering impacts them directly. By discussing ideas such as subway fires that can harm them as well as cause delays, I believe I have done so. I also wanted to discuss solutions to littering in the MTA, so that people could know how to contribute to this cause. Littering in the MTA is a big problem, but by raising awareness to littering there, I can slowly raise awareness to littering across the world.

I have also made a blog in which I create posts discussing littering, in the subway and elsewhere, that can be found here: https://sanitation4nyc.wordpress.com/