Literary Analysis ” The difference within race and a Lesson for life” 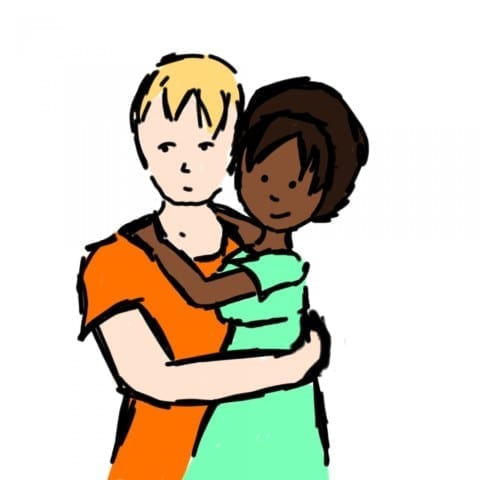 The three stories, “ The Lesson”, “ Everyday Us” and “How to date a browngirl, whitegril, blackgrl and halfie” connectives in a way on which it connects readers back to the real world of how people can deal with education , race and life. The lesson is a story that pretty much explain how a well-educated woman named Ms. Moore who try to educate a group of black kids about the oppression and stereotypes that society has about black people. This is mostly about race and education letting the author Tony Bamabra explain the importance of being well-educated in a world where people can live based on ignorance and judgemental stereotypes. Then in Everyday Use by Alice Walker, there are two girls that were raised by the same family but with different destiny in their life. The main characters were Mgagie who after a frustrated incident full of flame and heat decides to live at home and be the kind of woman who waits for her husband to get home and take care of the children, instead Dee believe on ambitious and want to become a differing perspective of what is to be a black woman. From this prospective this stories connects on what is race and how people face different thoughts about how to behave in front of society because not everyone gets the right to be educated or have the right to be outgoing because of their race. Also How to date a Browngril, a whitegirl, blackgirl and halfie by Juno Diaz is like a little manual with many instructions that tell the body how to date a girl depending on her background and her race, pourting advice of how to behave in front of the different parents because on his understanding as everyrace is different are also the womans.

In the three stories the author uses characterization as literature element to define each or at least one character on each of the three stories. And example of this literature element can be seen on “ “Everyday Us”, where it says “ Maggie will be nervous until after her sister goes: she will stand hopelessly in corners, homely and ashamed of the burn scars down her arms and legs, eyeing her sister with a mixture of envy and awe.  She thinks her sister has held life always in the palm of one hand, that “no” is a word the world never learned to say to her.” this evidence shows that Maggie feel uncomfortable and ashamed of herself every time that her sister was around because it clearly explain that Dee was kind of her biggest fear but at the same time the person that she admires the most because she turns off her shine to let her sister shine.

In addition, Juno Diaz in how to date a whitegril, blackgirl, halfie and a browngirl. Illustrated that the fact that everyone is different can be seen by using different people characteristics. This evidence can be seen where it says, “ Don’t panic. Say, Hey, no problem. Run a hand through your hair like the white boys do, even though the only thing that runs easily through your hair is Africa. She will look good. White girls are the ones you want most, aren’t they? But the out-of-towners are usually black—black girls who grew up with ballet and Girl Scouts, and have three cars in their driveway. If she’s a halfie don’t be surprised that her mother is the white one. Say, Hi. She’ll say, Hi, and you’ll see that you don’t scare her, not really. She will say that she needs easier directions to get out, and even though she already has the best directions on her lap, give her new ones. Make her happy.If the girl’s from the Terrace, none of this will happen.You have choices. If the girl’s from around the way, take her to El Cibao for dinner. Order everything in your busted-up Spanish. Amaze her if she’s black, let her correct you if she’s Latina. If she’s not from around the way, Wendy’s will do. As you walk to the restaurant, talk about school. A local girl won’t need stories about the neighborhood, but the others might. Tell her about the pendejo who stored canisters of Army tear gas in his basement for years until one day they all cracked and the neighborhood got a dose of military-strength stuff. 1Don’t tell her that your moms knew right away what it was that she recognized the smell from the year the United States invaded your island.” this evidence shows that even though you are a woman you can impressed each woman depending on their different race or culture but first you need to get to know who are you dating to get that woman engage.

Furthermore , in the lesson we can observe how one woman, MS Moore can change the perspective of many blck kids with different backgrounds and o her characteristics make gave her the ability to change people’s minds. This can be observed in the text where it says “ So this one day Miss Moore rounds us all up at the mailbox and it’s pure dee hot and she’s knocking herself out about arithmetic. And school supposed to let up in summer I heard, but she don’t never let up. And the starch in my pinafore scratching the shit outta me and I’m really hating this nappy-head bitch and her goddamn college degree. I’d much rather go to the pool or to the show where it’s cool. So me and Sugar leaning on the mailbox being surly, which is a Miss Moore word. And Flyboy checking out what everybody brought for lunch. And Fat Butt already wasting his peanut-butter-and-jelly sandwich like the pig he is. And Junebug punching on Q.T.’s arm for potato chips. And Rosie Giraffe shifting from one hip to the other waiting for somebody to step on her foot or ask her if she from Georgia so she can kick ass, preferably Mercedes’. And Miss Moore asking us do we know what money is like we a bunch of retards. I mean real money, she said, like it’s only poker chips or monopoly papers we lay on the grocer. So right away I’m tired of this and say so. And would much rather snatch Sugar and go to the Sunset and terrorize the West Indian kids and take their hair ribbons and their money too. And Miss Moore files that remark away for next week’s lesson on brotherhood, I can tell. And finally I say we oughta get to the subway cause it’s cooler an’ besides we might meet some cute boys. Sugar done swiped her mama’s lipstick, so we ready.” wiht this evidence readers can understand that the person who was telling the story tries to describe every person in this paragraph by taking one characteristic of each of them, from ms moore and Rossie, the difference is huge because they were completely different persons.

i really love how you connect systemic racism to a specific book and how that’s a great blanket example of how discrimination is normalized in the USA. You gave me new insight into the fact that there are more specific minorities and the fact that white privilege is so prominent.

Sadly the USA was not truly made for blacks