Literary Analysis of “She Walks in Beauty” by Lord Byron

Home Literary Analysis of “She Walks in Beauty” by Lord Byron 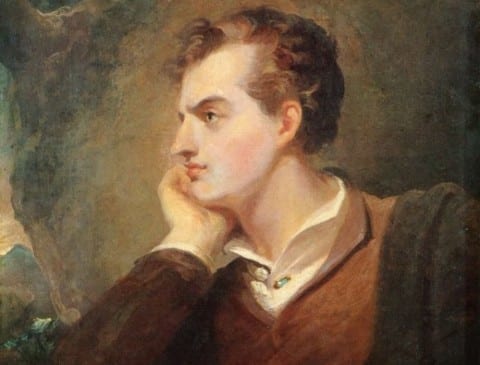 In the tender poem “She Walks in Beauty”, the author, Lord Byron expresses his love for this lady through his captivating words overflowing with admiration and adoration for this lovely lady. Lord Byron was a charming young man who lived in the early 1800s. He was mostly known for his romantic pieces of literature and captured the heart of many during his time. Some even said his entire physical appearance oozed of romanticism which explains how everyone was at his feet. However moving on to the poem, there is a lot to unpack on this poem and the way that Byron chose to write it. There are many life questions this raises for me, as a reader of this poem. For example, What is love? How does
One express their feelings for someone? How does one compare someone to things that are the complete opposite? Taking a closer look at Byron’s poem, some of these questions can be answered through his words and the form of his poem.

In the 1st line of the first stanza, Byron starts off his poem by repeating his title and then uses figurative language (simile) and says “like the night”.  He writes, “She walks in beauty, like the night”.  I said, the speaker uses night instead of day in order to emphasize that their beauty is beyond what the light sees. Throughout the poem, Byron subtly writes in things that mean light and things that mean dark for example, dark/bright (line 3), shade/ray (line7) raves tress/lightens (lines 9 & 10) and so on.   So I started to wonder why would someone describe another person in dichotomies.

The poem answers this question  by portraying a speaker who is infatuated with a woman to the point that anything makes her look angelic. That comparing this lady to two opposite things just means that there’s beauty in everything and that he thinks that in the same way, there’s beauty in everything about her.
My other comments are similar questions as to why he uses light and dark to talk about this lady but it does raise another question. How do you write about love in a way that fully expresses it? I believe it would be hard to be able to properly express his feelings but the tone of the poem makes me think that perhaps the words just came to him and he wrote them down. Well I believe the strategy the author uses is that he just has to compare her beauty to something so he can get his message across.