Listen to me do Shakespeare!

Home Listen to me do Shakespeare! 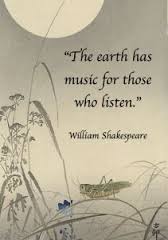 I chose the play of Shakespeare’s Othello, act 3, scene 3, lines 68-78. The role I played is Desdemona. I learned that the more you practice the more your voice will sound better. You can change your tone to high or low because of which character you perform, and if I had not practiced them, my voice sounds shaky because I’m scared or because I don’t know the words. Each person has a different role of performing each character and their tone can be changed if they are acting that person out.