Life’s a Game to Love

Home Life’s a Game to Love 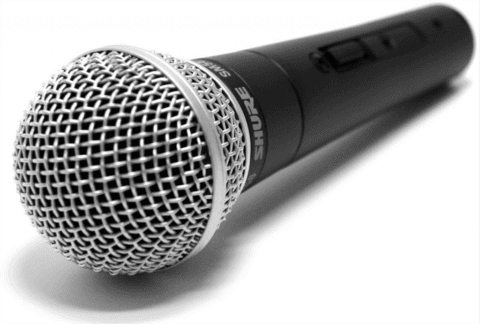 Fate is something that nobody can see while it is actually taking place. However, the love my dad and stepmom share today, is a true testament and showing of how fate indirectly impacts each and every one of our lives. Through ups and downs, hardships and fortunate times, the love between the two was meant to be. This is my story of how fate brought my father and stepmother together.

At the age of one my mother and father split. All of this is a blur because of the fact that I was at such a young age and don’t remember much. In the year 2004, my dad got remarried to a woman named Ruth. Ruth was my very first stepmother, and was truly a mom to me. They were happily married until 2010 when Ruth was diagnosed with pancreatic cancer, the deadliest of all cancers. Ruth ended up passing away in May of 2010.  My dad and I were in complete shock because we could never have imagined our lives without Ruth in it. November of 2010, was an uplifter for my dad and I, as he met Laurie, my current stepmom.

Laurie was faced with multiple struggles as well. When Laurie was 16 and a junior year in high school she ended up having my oldest stepbrother Dustin.  Dustin’s father did not do anything to help or support them at all. The last two years of school for her were rough. She could not be a ‘regular’ high school student. The father of her first son had no role, so she was always on her own. She couldn’t go to dances or hang out with her friends, because she was faced with being a parent at such a young age. A few years after, she got married for the first time. With her first husband she had two more children, Taylor and Cameron. Four years into her marriage they split, and she ended up on her own with 3 children.

In November of 2010, my dad met Laurie while hunting in Olivet. After meeting, and seeing each other they decided to start dating. After a year and a half of dating the two decided it was time to come together as one, and take on life as a pair. September 13th, 2012 they tied the knot. On that day I received a stepmom like no other, and 3 older siblings that I look up to as my biggest role models.  Our big happy family lived together in our little farm house in Olivet. After being married for a year, they decided that they wanted to have another child. It is not often that people in their forties decide to have more children but my parents did. Once the four of us heard that Laurie was pregnant, we soon found out we weren’t receiving one more sibling, but we would be receiving three! The birth of the trio, Ashtyn, Haidyn, and Lukas, truly brought our family closer.

From the passing of Ruth to the chances of having triplets, it is truly fate that brought my dad and stepmom together. Fate is something that happens for a reason which causes events to happen.  Because of fate, I have six awesome siblings and a step mom I wouldn’t trade for the world. I am a firm believer that God has a plan for all of us, and his plan starts well before we are born.

I also believe in fate and that god has plan for all of us even if we don’t see it or if things are going good or bad he has a plan for you.

This is a really sweet story and I’m glad fate had such a nice ending to your story! There were good twists but I like the way you kept to your main theme. The way you told both sides of your dad and stepmom’s stories is really nice and gives the audience good context

you are absolute correct Jason, god has a plan for all of us. congrats on the new big family.