Life During a Pandemic

Home Life During a Pandemic 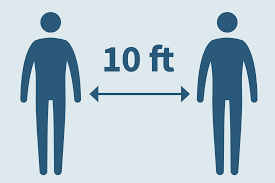 It all began with a buzz in news and media outlets: a virus that had attacked China and had left many of its victims hospitalized and in self-isolation. Never would we have thought that situation would have gotten so out of hand. When the first cases were found in the U.S., many schools made efforts to encourage increased sanitation practices, hanging posters though the halls and in the bathrooms. The issue was that many people did not take these precautions seriously, doubting that this disease would ever reach them or their communities.

Fast forward to about mid March; at my own school, the third quarter had just ended, and that same day our governor gave a press conference about he precautions and protocols that would be implemented in order to better prepare for increased presence of the virus. We went home, and the next day we were notified that school would be suspended for two weeks. online learning began, and luckily for my high school there was already a large portion of assignments being done online, so making all learning virtual was not a challenge. Two weeks turned into a month, and a month turned into two.

Senior year is a time of change and of moving forward while leaving some experiences behind. The anticipation of graduation and all the various events that accompanied it had been a topic of conversation for seniors at judge since the beginning of the year. Sadly, the reality of the world made these plans impossible. For those hoping to walk across stages and receive the applause of proud and joyful family members and friends this year were truncated. Whether it be elementary, middle school, high school, college, or graduate school, there were so many celebrations that were cut short. The beauty in all this, however, is found in the resilience and unity of communities. So many school across the nation have made their best efforts to honor their students and give them the recognition they deserve despite the tough situation in which the nation finds itself.

The events that have occurred this year are nothing short of hectic, but with help from each other and greater sense of community it is evident that not everything is bad. We may be apart, but we remain together.