Home Letter to the President 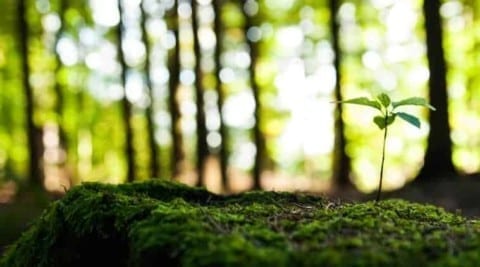 The environment is in more trouble than ever before; the Arctic is melting, animals are going extinct, and the planet is slowly moving towards complete deforestation due to human endeavors. Large scale businesses currently have our world in their hands, and quite frankly, as far as corporate control and capitalism goes, the environment is always last priority, if ever considered. Carbon emissions and oil drilling go nearly unregulated. We need to look towards the future, not the dollar bill.

The fact that one of our current presidential candidates still continues to refute the existence of climate change is simply appalling. Despite an abundance of evidence and factual support from the worldwide scientific community, Donald Trump, our potential national leader is willing to jeopardize our environment for the sake of ignorance. In almost a childlike fashion, he has made his opinions very clear on his Twitter. He has tweeted thing such as “Any and all weather events are used by the GLOBAL WARMING HOAXSTERS to justify higher taxes to save our planet,” and “It’s really cold outside, they are calling it a major freeze, weeks ahead of normal. Man, we could really use a big fat dose of global warming!”. These quotes attest to both his maturity level and his lack of knowledge about the environment. In an interview shown on the International Business Times, Trump stated that he wanted to defund all tax dollars that went towards any United Nations climate programs, further proving his priorities. Likewise, he also supports the Keystone Pipeline, an operation that, according to the Environmental Protection Agency, would increase production of oil sands and accompany greater greenhouse gas emissions, which would significantly impact the our nation’s environment in a negative way.

While Hillary Clinton may not be as uninformed as her opponent, she still supports corporate control over our resources as well as standardized fracking, a surreptitious endeavor whose effects are rarely publicly addressed. In this drilling process, deadly chemicals are injected into the ground at high pressures to retrieve the natural gas inside shale rock. These chemicals poison the water system and destroy entire ecosystems. Business are known to have bribed landowners with large sums of money in order to drill on their land, without warning them of the extensive environmental damage they are causing. Hillary Clinton was exposed in a WikiLeaks document about her stance on the issue. She was quoted to have said that she “supports fracking in other nations”, showing a prejudice for our nation versus legitimate concern for the environment. She also said that “With the new technology known as fracking, we are truly on a path — and it’s not just the United States, it’s all of North America — that will be net energy exporters assuming we do it right.” In an excerpt from a speech to Deutsche Bank in April of 2013, she bragged about the support the government had for fracking, as well as work she has done to promote the practice worldwide. These views greatly contrast what she has said on the debate stage, where, she claimed to be against fracking. As the primaries draw to a close, it’s more important than ever to know the candidates’ real stances on major environmental issues, not shifting opinions based on audience, as shown by Clinton. It’s clear that she changes her policies in order to get votes, a dangerous foreshadowing that in the future, she would forego a focus on environmental advancements entirely.

Consumerism runs our country, but its devastation to the world around us will soon run America into the ground. Our own land is not the only thing at stake either, unfortunately. As part of commercialism, our actions affect the greater industrial world. How will you commit to preventing the state of our environment from spiraling out of control?