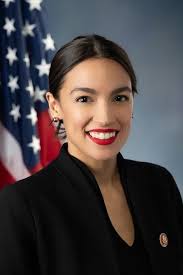 I am extremely empowered by your Instagram video where you call our generation badass. The ways that you use to describe this new generation are words of wisdom that will encourage young people to be active in this society. Your explanation to define “us” as badasses gives us strength and motivation to continue going through what the young people experience day by day. This generation needs the motivation to be known as the people who will do better in the world. The idea that you, as a model for society, give about how it is to be or how teenagers are can be summarized with one word and that word is power. The power that you believe that the new generation is bringing as a better offer to society.

One thing you said that stands out for me is: “I think they’re sensitive in a positive way.” I think this is admirable because once people hear the word sensitive, people think about being mentally frustrated or facing an acute problem that is not helping the person to overcome obstacles. The fact that you emphasize that the word is positive with sensitivity highlights the fact that young people are capable of doing everything. It’s in their hands. It’s a generation full of achievements and goals to meet.

Recently I was looking at videos by young activists, and one of them is a good example of what I’m saying here. I’m especially inspired by the video by Edna Chavez because she perfectly explains how youth are being treated and what the youth have to offer. The issue that is addressed in this video is about how letting tenagers voices to be heard about the violence that has has been increasing over the years in Los Angeles, California. Those bullets are full of violence. They have taken lots of young lives, young lives full of dreams that would never be accomplished. Something that has stood out for me in the video is how she said “ I learned the sound of a bullet first before I even learn how to read”. For a teaneger said that it takes lots of courage, because its hard to live without the fear of going out without knowing if they are going to come back alive again or if their family is going to be together without being separated because of a bullet. (​Edna chavez ​).

Furthermore what Edna is trying to explain is that youth needs to be protected because basically asking for youth protection is the way to say that the future of a nation is nor being safe. Young people need to raise their voices to be heard and it’s not supposed to be like that when the ones who are giving benefit to a country are teenagers, the ones who are fighting for a better nation are tennager. Thereof violence issue needs to be resolt by stop the assumptions that when it is a teenager outside in the street at late hours at night it isn’t because they are trying to rob or kill, better to say let’s just think that they are coming back from a job or giving a service to a community.

Throughout these videos by Edna Chavez and Ocasia Cortez, I have been learning about what youth revolts are. Youth revolt is all about making people understand that teenagers are

strong, independent and capable of doing many things. We are also about protest to make people listen to what problems are causing the youth to disappear little by little and what can people do to help and ensure a better future. . The young protesters that I find most inspiring are the ones who speak about another teenager who is no longer here. That expresses the feeling of the families that had lost their beloved little ones. Those young protesters say things with passion in order to make people listen to the reality of what is going on.

I think that history supports what young people are looking for and what young protesters are embracing and demanding that people understand. This story is about a girl named Naomi who is 11 years old, and in her speech she talks about young people who had been victims of gun violence. Something that made me realise that her words were a source of power was when she says: “The gunshots that have taken the life of beautiful girls full of potential.” This quote clearly empathizes with the fact that many young womens have died due to a gun, due to violence and due to the negligence of people not wanting to do anything to ensure security.

Thanks for taking the time to read my letter. I look forward to seeing what you do or say next. Because listening to the words of wisdom that come from a woman like you have no price, all the support that you offer to the youth is more important than anything else. I am excited to hear what you’re going to say about all this wonderful teenagers who are being badass and are going outside to see what comes next and how are they going to ensure a better future for the next generation. At the same time being the generation that ensures the path for those who are coming behind.

Few figures represent the future of liberal politics like Rep. Alexandria Ocasio-Cortez. I think this letter in and of itself is representative of her impact both on individuals and the political landscape at larger; if a junior congresswoman from New York can inspire young people nationwide to political action, what’s stopping us from doing the same? I love the idea of open letters to our Representatives… we often forget, I think, that their very purpose is to be held accountable to the people they represent. That being said, young people and young politicians remind us that this is still the case, and that perhaps there is a glimmer of hope for the future of American politics after all.
Best, Sam

Dear Denieris,
I love this piece and the way you wrote it! I have always wanted to write a personal or an open letter to my representatives and other legislators. Also, I am a huge fan of Alexandria Ocasio-Cortez! I was not aware that AOC had made these inspiring comments prior to reading your open letter and I couldn’t agree more with your analysis of her comments! I too believe that the youth hold so much power and have so much potential. Your statement, “Young people are the future of this country, not because young people are young, but because young people enrolled in society,” really caught my attention because I had not previously considered this angle when thinking about why young are revered as valuable in today’s society. As you mentioned, young people are involved in political and social activism more than ever before. Young Representatives, such as AOC, are living proof. In your letter, you mentioned a young anti-violence activist named Edna Chavez. If you are interested in researching more young activists, here is a link to a video containing some of Greta Thunberg’s most powerful speeches: https://www.youtube.com/watch?v=dwakaSwqTEo. Greta Thunberg is a young, dedicated climate change activist from Sweden. She too believes in the power of the youth and special role we play in determining the future. Another powerful example I think you would be interested in that also demonstrates just how much power the youth has is the March For Our Lives Movement (https://marchforourlives.com/). I hope to hear more from you on this topic Denieris. I have a feeling once COVID-19 slows down, there will be a political upheaval that the youth will undoubtedly play a role in. I would love to read more open letters to Representatives and other government officials as well! You are very well-spoken!
Best,
Amaia