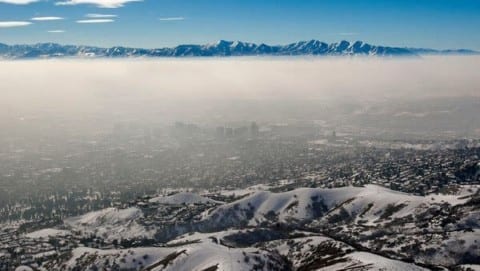 Air pollution is the release of pollutants from humans that cause problems for everyone’s health and the planet itself. NRDC explains that “burning fossil fuels releases gases and chemicals into the air”. This can raise the earth’s temperature with gases like carbon dioxide and methane. In increased heat, air pollution can get worse. When the weather is warmer, smog forms and there can be more ultraviolet radiation, which can cause skin cancer or eye damage. Damp conditions can increase the production of allergenic air pollutants like mold and pollen. Air pollution can also cause soot, hazardous air pollutants, and greenhouse gases. Greenhouse gases get trapped in our atmosphere and cause warmer temperatures. They rise sea levels, create more extreme weather, and increase the spread of infectious diseases. The two big greenhouse gases are carbon dioxide and methane. John Walke, director of the Clean Air Project, says, “Carbon dioxide comes from the combustion of fossil fuels, and methane comes from natural and industrial sources, including the large amounts that are released during oil and gas drilling”. A lot of air pollution comes from the use of energy and production. It’s hazardous when air pollution and climate change add to each other.

Utah’s Wasatch Front has had high amounts of ozone in the air. We are shown this by air monitors in the Salt Lake County. The Western Resource Advocates say, “The counties along the Wasatch Front have been designated as not attaining the national health-based air pollution standard for fine particulate matter.” In 2013, for about 47 days, the air quality exceeded the health-based standards, called the National Ambient Air Quality Standards, by 100%. The communities affected had high levels of air pollution that were unsafe and unhealthy to be exposed to. These air violations occur mostly in the winter when atmospheric inversion gets trapped and causes thick fog made up of dirty air hovering over the region. On these bad air days, everyone is warned not to be outside for too long. Air pollution can cause asthma and respiratory infections as well as increase low birth weight, premature births, and infant mortality. It increases childhood cancers like leukemia, heart attacks, strokes, and blood pressure. The Wasatch Front air pollution level causes 1,400 to 2,000 premature deaths each year. It’s important to address air pollution as a top priority to solve in Utah.

Choices we make everyday affect the air that we breathe. One person can’t stop air pollution but by changing your own habits, air can be cleaned and our planet can be preserved for future generations. People drive places everyday but if we resort to options like carpooling, biking, walking, or using public transportation, we can reduce emissions. APCD says, “Motor vehicles and other mobile sources like construction equipment contribute over three quarters of the air pollutants in the County.” Electric and hybrid cars help save you money and help our air quality with zero to near-zero emissions. Aerosol products, paints and solvents contribute to increasing smog in our air. When possible, it’s better to look for water-based options, or to keep can lids closed and use brushes/rollers rather than spray cans. Instead of using traditional charcoal lighter fluid, options that produce less emissions are an electric lighter, a chimney using newspaper, or a gas grill. We should use energy efficient light appliances and solar panels to help save energy. If we encourage whole communities to try these alternatives, then our air pollution with decrease and we will be much safer.

This is a very big problem that people don’t care enough about. Everyone assumes that what they do to help won’t make a difference, but if everyone in Salt Lake changed their habits, even a little bit, we can make a cleaner and healthier planet, like you said. We need to start small.

Hello Audrey,
Thank you for opening up this important conversation, I really enjoyed reading your post. I am really scared to see the outcomes of this problem. Especially when living in our valley when we see these problems at their worst. I found a source that outlines big issues and effects this might have on us in the future that I think you might be interested in. https://www.renewableresourcescoalition.org/pollution-causes-effects/
Thank you,
Lola