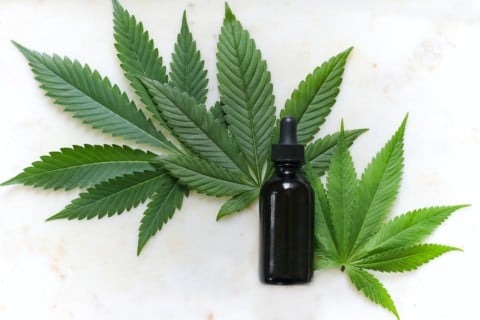 These days with political issues on the rise, there is still one that has not been answered.  And that is if Marijuana should be legalized?  To this day people either aren’t sure or they have changed their minds about the subject.  Although many use Marijuana illegally, cases have risen, and many people, including teenagers, have become completely addicted to the product.  Yet with Medical ¨marijuana¨, it is stated that sometimes it is the best, and the only thing that works to cure an illness.  Yet with evidence from Health departments, it is stated that the problem with Weed isn’t its legalization debate, but the effects it has on the ones that abuse it.  With many just doing it for fun, with no ulterior motive, it really sets back the bar on Marijuana being legalized.

In my opinion, Marijuana is a very serious drug based on the fact that with many smoking weed illegally, there isn’t much of a debate, but a setback.  Weed should be used as a medicine, not as a drug for others to use just because.  In other words, many have taken, and are still taking advantage of this drug, that in my opinion should not be legalized because our world would be stuck in a tough spot.

article ¨Should Marijuana be Legalized?

Interestingly enough, I wrote my discussion posts on this same topic! I’m curious to see if you agree with all the arguments I made against its legalization, they’re mainly focused on recreational legalization (like yours). https://www.youthvoices.live/?p=110218 – I’ve got one in affirmation of legalization too, which is what I currently subscribe to.

I believe you make some solid points about how marijuana should be used medicinally, but I feel like you have either misinterpreted the data or do not have a full understanding of THC, while minorly possibly addictive (still sitting around 10%) marijuana is much more dangerous as a gateway drug than anything else, but legalization is at the age of 21 and with research either not done or fully supported on the negative effects of marijuana, that’s not a major problem you also say “Marijuana is a very serious drug based on the fact that with many smoking weed illegally, there isn’t much of a debate, but a setback” But I think it is very important to realize it as a very solid and much much safer alternative to opioids and opioid abuse.

I think it might be beneficial to look deeper into the downsides of marijuana use, both recreationally and medically. I think there are a lot of valid points to support your claim that you fail to bring up in your discussion. For example, marijuana itself is not known to be as harmful as you describe, but its effects as a “gateway drug” highlight the extreme dangers of illegal substances. Personally, I don’t agree with your argument that marijuana should not be legalized, but I do think you could find better support for the claims mentioned.

This is pretty wrong but the opinion is still appreciated. Marijuana is not a naturally addictive substance. While many do get addicted to it despite it being a non-naturally addictive substance, it is still a rarity. I personally believe that recreational use of the drug is a bit dumb, I still understand the want to. It is far less harmful than alcohol or cigarettes. Not one person has ever died from smoking too much weed. Snoop Dogg, for example, should be dead by now, if that was the case.

Daniel, I’m interested in your use of the word “addiction” in this sentence, “Although many use Marijuana illegally, cases have risen, and many people, including teenagers, have become completely addicted to the product. ” It seems that you may not have fully considered the facts of marijuana abuse and gateway drugs. Marijuana itself has a very now addiction chance, and it is directly tied to THC contents inside. In Amsterdam coffee shops, they found that with regulation, addiction rates lowered proportionally to the THC contents. Marijuana is also considerably less addictive at 10% compared to alcohol (20%) and cigarettes (33%). I would be interested in another article from you talking about the gateway potentials of marijuana in teenagers.

While you argue several smaller points in your argument, I do agree that marijuana should be used primarily for medical purposes. When you say “Yet with evidence from Health departments, it is stated that the problem with Weed isn’t its legalization debate, but the effects it has on the ones that abuse it”, there is a powerful message behind your statement. This brings in an important group in the issue and puts it next to your own opinion. This could be a very strong motivator for someone with a half-developed opinion on this topic to go with your opinion. I think you could research the effects on those who do not use it for medical purposes to improve your argument.

This is a good post, while I do not agree with the main point of the argument that weed should not be legalized, I think you bring up some underrepresented points in the conversation around legalizing marijuana. ” Yet with evidence from Health departments, it is stated that the problem with Weed isn’t its legalization debate, but the effects it has on the ones that abuse it.” I think this is a issue that isn’t discussed quite enough. Personally in my life, everyone who I know uses weed recreationally has no addiction or negative affects with it.

While think doing anything illegal is wrong, I think a path towards the decriminalization or legalization of marijuana is a step in the right direction. Marijuana has been shown to be addictive in only severe cases or marijuana use disorder. For an average consumer it would be no more addicting than caffeine or alcohol (National Institute of Drug Abuse).

I do agree with you that it should be used as medical purposes rather than just for other uses and that it’s not a debate but a setback. To be honest it’s true that it is a setback. The people who use it without medical purposes do set back the legalization for the ones who need/use it because it helps them. I actually really like what you said about everything. This is what they should do rather then make it legal for everyone as that will just make marijuana look bad because of the people who use it for other ways. But if you look at it this way that if they legalize it, it would make the world better rather then worse because then people who need it can use it without having to have all theses extra steps to get it.