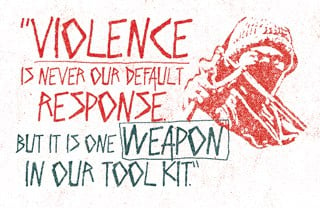 My name is Javier Valdes Garcia I am a 16 year old student currently attending Fremont High School in Oakland California. Throughout my researching process on Charlottesville I learned that ideologies cause division among people.

Growing up  in America is not easy especially when Spanish is your first language and are forced to learn English but despite the obstacles faced on our way we will always try our best to overcome them.As a teenager we witness racial discrimination as well as racism in our everyday lives.

Therefore, our elected leaders should prioritize fixing the government within itself because no change can be possible if we don’t change the people in power.For example, our President has his own mindset about America and different races that oppresses many people.He degrades Mexicans by saying, “they’re bringing drugs,they’re bringing crime .They’re rapists”All of this hate needs to stop and we need to start change from the government then to the people.If this does not change more and more acts of cruelty such as terrorist attacks and violent rallies will occur just like the “Unite the Right Rally” in Charlottesville.

I would suggest that schools should teach students and penalise them for saying racist comments or jokes because no one is raised with racist ideologies.If someone is not told to stop they would believe that what they are doing is not so bad making students unaware of the effects of racism.

In a distant future I hope America will be free of hate and discrimination so that everyone can have the same rights to progress in a capitalist country.

I am drawn to your post because of what you said about ideologies. If you think about it ideologies are the cause of division because people chose to only see one point of view and are completely shut off to different opinions.

One sentence you wrote that stands out for me is, “Throughout my researching process on Charlottesville I learned that ideologies cause division among people.” This sentence stood out because at first i didn’t really understand what ideologies meant, but as i was reading your examples i got a better understanding of what it means. Currently i live in Austin TX, this reminded me of a time when me and my family were driving on the highway and there was this truck in front of us who had two confederate flags in the back. It’s surprising that people are still hanging on to this old ideology. It’s surprising that people take pride in this southern ideology because it’s old and irrelevant. When people see this flag they feel threatened.

Another sentence that resonates with me is, “As a teenager we witness racial discrimination as well as racism in our everyday lives.” This stood out for me because us Hispanics/Mexicans often get called names. For example, people just say the worst things like wetbacks, drug dealers, rapists. People, as in Donald Trump, when he made the same horrific comments. I like how you stated that, “schools should teach students and penalize them for saying racist comments or jokes,” because this should stop. It is scary when the POTUS says divisive and false things, because it makes people think it is okay.

Thanks for your writing. I look forward to seeing what you write next because i enjoyed reading your post and i could also really relate to it.

I love your opinions on the current situation of America, but I also have some suggestions to improve your writing and argument structure. Just from a grammar standpoint, make sure to proofread your writing for typos. Many of your sentences do not have a space at all after the period.

Also, when you quote someone, only use quotation marks for direct quotes (if those are the exact words they used), and be sure to cite when/what it is from. Direct quotes look more professional, but if you do not use them, there is no need for quotation marks!

However, I love your insight and voice. Keep it up!

Hi Javier, my name is Kamyiah and I really agreed with your opinions. I will say though that you did have a continued sentence and needed some commas. Yet, overall it’s great. I agree on your feelings about our leaders need to prioritize in fixing themselves. Your paper was very strong and you used very strong words as well. I didn’t notice anything wrong with your writing except for the proper use of commas and your continued sentence, but it was really cool. Thanks for reading my comment. Hit me back if you want!
Kamyiah Oliver
Life Academy

Thank you for your feedback.I appreciate it.

Dear Javier,
I agree with you on everything you said! I also had to learn English when Spanish was my first language. I aso don’t like how some people get discriminated for who they are. Thank you for writing this. Im looking forward to what you write in the future.

I thank all of you who commented and I hope to see your comments in my future work.