Home Leaders, A Letter about Teenagers 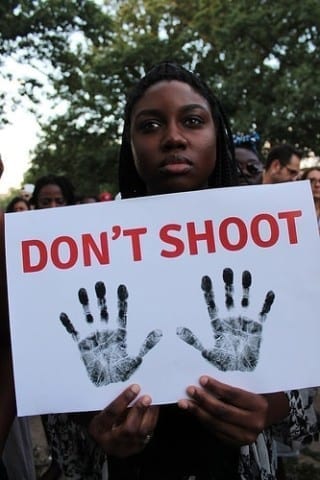 Hey my name is una havea, from fremont high school. I like how you took time to do this. Do you think it is okay for police to use violence against people with less power? I agree with you when you said you want the future to be beautiful

I agree with your statement on what you want to see the future for America to look like. Our elected officials must take initiative on spreading peace and learning how to accept diversity and acceptance. As you have stated in your post, too many teenagers are dying due to brutality, hate crimes, and of bullying. Us citizens must stand in solidarity to protest against this idea of hate and violence. Peace and acceptance is what America currently in in need of.

Dear John Penitani,
I am moved by your letter ¨Leaders, A Letter about Teanagers¨ because I am a teenager growing up in oakland as well. So what you write about I see what you write about. One of your sentences that stands out to me is ¨As a teenager in America there are teenagers 14-19 that are dying by drama, police brutality, and school shootings.¨ I think this is powerful because you explain the tragedies around the U.S right now. And as a teeanger we will experican this even more. Another sentence that I really liked was ¨One solution I would offer is to do it in a peaceful way. For the police, they should be trained better so that they are more patient¨ this stood out to me because it is true and i agree with you that police should go through better training. Right now they are just hiring police because they need the numbers and because they are scared of people retaliating so the police they have don’t have proper training and don’t know how to handle situation. Thanks for your writing. I look forward to seeing what you write next, because you make good points and honestly you have better ideas than most of our leaders right now. Thank you again and I hope you continue to write on subjects like this.

Dear John,
I agree with your ideas about banning firearms to keep people safe. when you talked about police brutality made me feel like nobody is safe from the police because they have the power to do anything they want with minor consequences.

Dear John,
I strongly agree with your post because teenagers especially, don’t deserve to experience this brutality. When you wrote “As a teenager in America there are teenager 14-19 that are dying by drama,police brutality,and school shootings” Teens deserve to enjoy their lives and not experience these dramatic experiences.

Dear John,
i am intrigued with your article because it gives people insight from a teenagers point of view of what is really going on in the world.One thing that really stands pout to me is when you said ” I think the leaders of America should prioritize fixing the violence ” I think this is a intelligent quote because it will be a solution to what can help stop or put a stop to all of the violence the USA is facing today .

Dear John Penitani,
My name is Elizabeth and I agree with you and I believe your ideas about having police man being trained to be more patient, changing the laws about the guns and having elected leaders to help immigrants. One sentence from your caption that stood out to me was “I think the leaders of America should prioritize fixing the violence especially in places like Charlottesville and Oakland”. This sentence caught my attention because it really shows that you had been thinking of a change of improvements that would be very helpful. Also how you were explaining the different plans or systems that could change for improvement really showed how you want to make a change to help keep people safe.Thank you for writing. I look forward to seeing what you write next, because I believe that you really care about peoples safety and the topics you choose to talk about to make a change are very real.

Dear John,
One sentence you wrote that stand out to me is “In America there are teenagers 14-19 that are dying by drama, police brutality, and school shootings.I think the leaders of America should prioritize fixing the violence especially in places like Charlottesville and Oakland.” I think this is a really powerful message and very true because police aren’t doing anything to stop this situation from occurring in any public schools.Thanks for your writing i look forward to seeing what you write next time.

I agree with your writing and something that stands out to me when you said that all lives matter. At the same time you threw me a curve ball going more down your writing.(Explain more)

I am inspired by your post because I also believe that we should all be treated equally.

One thing you said that stand out to me is ” people should be treated equally, all races.” I think this is interesting because I never really hear anyone say that I understand where you coming from with that because know days its been a lot people that don’t deserved to die has died. `

John,
This is such an inspiring, great idea. I agree with the idea of bringing the government into play to downsize violence throughout the world. There are so many beautiful brilliant minds on this earth, that don’t deserve to be killed under these circumstances, and it needs to be fixed.

i enjoyed your post and how you send an important message, I agree with the points you are trying to make and the solutions you suggest!

dear John,
This very inspiring and sends an important message

I am interested in your post because I agree that as a country, we need to unite together and fix these terrible issues, but in a peaceful way. One thing that you said that stood out to me is ” As a teenager in America there are teenagers 14-19 that are dying by drama, police brutality, and school shootings. I think the leaders of America should prioritize fixing the violence especially in places like Charlottesville and Oakland.” I think this is very intelligent because there really are so many innocent people dying and we HAVE to do something to fix it. Your essay reminds me of a paper I just wrote in my American Literature class, “What it means to be American”. In that paper, I also wrote about how fixing our problems in a peaceful way is the best solution. Thank you for sharing your project. I look forward to seeing more of your work because You are a great writer and have great ideas!

Dear John,
I agree with your post because that’s what exactly happening in Oakland and in other places. I mostly agreed with you when you said “As a teenager in America there are teenagers 14-19 that are dying by drama, police brutality, and school shootings” because all people want to do now is fight and kill each other over stupid stuff, when they can just talk it out. Another point I agree on is when you said “For the police, they should be trained better so that they are more patient”. This is so true, police don’t even give people a chance to speak their mind, they just want to beat on them, kill them, or put them in jail. So I appreciate everything you said, it’s important that we talk about this piece + you should keep sharing more comments about situations like that.

I agree with your post ¨Leaders, A Letter about Teanagers¨ because People in our society should be aware of what they inflict onto us as a community it will also inflict with our future. One sentence that stood out to me a lot was where you said,¨The people elected should set up new laws that would lead to less violence¨. I agree it would be nice to have laws that don't lead to much violence as we have now because it can get out of hand and if we keep going with this pattern it will be life threatening in the future. Thank you for writing! I look forward to seeing what you post next about our problems in society!