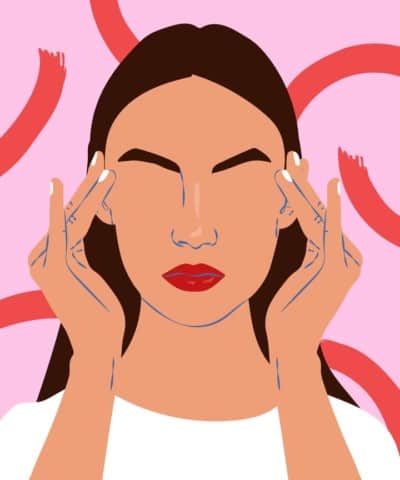 ̈ ̈Oakland is my home and I can’t imagine leaving. But it hurts to see the culture I grew up with fade away. Because when the people who built this community leave, they take Oakland’s spirit with them.¨(Villa). These powerful words said by Emiliano Villa mean that he doesn’t like seeing Oakland change and the Oakland culture leaving. He has seen Oakland change throughout time in it’s good and bad days. He does not want to leave because this is his community the community that the whole Latinx people have helped build. Based on the article that Emillino Villa wrote and many others that I have examined about the way that the Latinx community has always adapted to a changing Oakland starting with its first migration to West Oakland then their move to Fruitvale and now with gentrification the Latinx community is resisting and not going to move away from Oakland.

The first time the Latinx community had to adapt to Oakland changing was when they first migrated to West Oakland from Mexico. For example in the article History of Hispanic Culture In Fruitvale written by Azucena Rasilla, it states, “ … the first Latinx Oakland neighborhood was located in West Oakland. It was there where Mexicans fleeing the revolution of 1910 migrated to this Oakland neighborhood to build community” (Rasilla). The Mexicans that fled in the 1910 revolution they had to adapt to a whole new environment. When they ran away from the revolution they left everything behind and had to start from scratch in a froeigen country, they knew nothing about. They started adapting to Oakland by starting to take on jobs like longshoremen, workers in factories and as canneries and also got jobs with the Southern Pacific railroads. Some latinos even owned their own little business and started opening them around 7th street . “Mi Ranchito and La Bourinquena were the first Mexican grocery stores to open”. This explains that, “The heart of the Mexican Latino community was around 7th st: 3rd, 4th, 5th and 6th streets, and Market Street,” (“History of Mexican and Latino Americans.” LocalWiki, localwiki.org/oakland/History_of_Mexican_and_Latino_Americans.)

In 1950s-1960s the destruction of West Oakland began the latinos were displaced once again, . Based on the graphic novel  “How Did We Get Here?” written by Miriam Waldeno, it explains that the government started creating new freeways on top of many colored people’s homes, destroying them and forcing them to move out, this was called the “Urban Renewal”.  They unknowingly had to move to East Oakland and Fruitvale (Walden). They once again had to start over and acclimate in East Oakland an example of them modifying was by them forming the Chicano Revolutionary Party and joined the black panther party to fight against police brutality because they both faced police brutality (“History of Mexican and Latino Americans.” LocalWiki, localwiki.org/oakland/History_of_Mexican_and_Latino_Americans) .

This article discusses all the history and journey the Latinx went through and faced to get to Oakland. How they were displaced unwilling and how they adapted to their home no matter where they went. They found ways to accumulate and built a community.

This article discusses the history about how Latinx  migrated to west Oakland first, than migrated to west oakland. Then the chicanos joined the Latinx during the civil rights movement.This article is credible because it’s written by a journalist that is from Oakland. Also I am looking for information about Fruitvale in the present and this article was published Sep. 13, 2019.

I loved reading your blog because it brought to light issues I was never aware of or even concerned about. Something that really stood out was learning about Latinx communities being moved around because of gentrification. It is sad to see people being thrown out of there homes because they no longer can afford to remain in that area. But you’re right the longer a community has stay put, the harder it is to remove them since they most likely own the homes they live in. Thank you for being vocal about the issue and informing others such as myself.

Hey Fernanda, I enjoyed reading this as I learned things that I had no clue about. I think it is important that you are writing about this because people should be informed on how this is not correct and should be stopped. I can relate to the situation where communities try and raise rent in Latinx communities and it is not right. So many people are affected by this and other related problems. Thank you for sharing, and keep informing the public!

Hi Fernanda,
Thank you for sharing what you learned in this post. I really appreciated reading it and learned things I didn’t know, like that West Oakland was a predominantly Latinx neighborhood in the early 1900s. I was also really interested to read that despite housing prices rising in the Fruitvale at the Latinx community has not left the neighborhood. What do you think has enabled people to stay? What strategies might we learn from that which could help them sustain this and help other communities of color not be pushed out of Oakland?
Best,
Erica

Dear Frenanda,
i think your post was amazing because it really involved a lot about the latinx community. A line that stood out to me was “all the history and journey the Latinx went through and faced to get to Oakland.” i really liked this quote because it talks about how different it was for latinx people to live in oakland. i agreed with the whole section because it really is hard to be latino and live in oakland. it is really a hard time because of money. thanks for writing, and keep up the good work.

Dear Jesus,
Thank you so much for reading my blog. I wanted to address what you said that being a latino is being hard because a lot of people dont know what the latinx go through. Thank you

I feel impressed and interested by your post, “Latinx Community”. One sentence that really stood out to me was “…the Latinx community has survived in Oakland for several years despite the countless times they have been displaced in different parts of Oakland.” This stands out because it shows perseverance; no matter how many times the Latinx community has been “displaced” from the city, it shows that they are capable to move on regardless of the hate they receive from the Oakland community. One thing I disagree with was, hypothetically, I guess some people from the Latinx community probably don’t feel safe in the Oakland community because they are being displaced by the Oakland people and community, my question is, what can we do in order to help out not just the Latinx community but everyone so that they all feel equal and respected? I also understand that they aren’t willing to move out because “it’s their home” but have you also ever thought about adding some diversity in all neighborhoods of the Oakland community, not just Fruitvale. I believe this will allow us to understand everyone’s different cultures and history; help us become more open minded about certain groups of people. Thanks for sharing your writing, I look forward to seeing what you write next!

Dear Jennifer,
Thank you so much for reading my blog. I wanted to address what you said that being a latino is being hard because a lot of people don”t know what the latinx go through. Thank you

Dear Emy,
Thank you so much for reading my blog and agreeing with the latinx community.