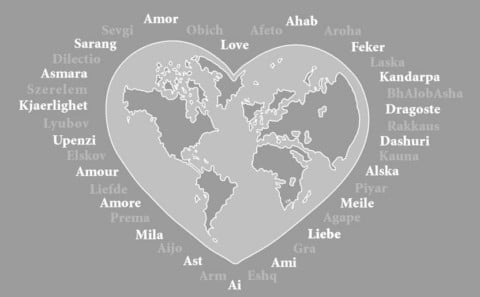 How were all these words created?(vocabulary, language, grammar, writing, spelling, term) power colonialism,

How did people use to communicate before words were created? It is hard to understand what the person really means without all these words that we now use. We only guess but are those guesses always true? Could people be understood? I guess not. Since they then tried to use words. Name each thing that they see, to express themselves. But how did all these languages occur? English, french, arabic, and many more.  I believe that languages represent power. They can be an important part of the existence of racism and other issues in the world. Unfortunately, those languages now represents power, which shows how the world is divided, why racism happens and this started a long time ago, colonialism.

Some languages are almost forgotten. The most powerful keep their language, their culture, the grammar or spelling. The less powerful, have to fight to keep their culture alive. Some languages are more widely spoken than others (i.e., Spanish, Mandarin/Cantonese, Hindi) Having said that, some languages are abandonned because of colonialsm, (i.e. hanti, ongota, liki). Many countries were obligated to adopt another language, in schools, offices, etc.… which can lead to an oversight of their native language. Nowadays, you should speak English to travel to another country to be successful, U.S.A, Canada, U.K… french, or chinese.

Some questions that I still have are: How does language have the power to shape a society’s culture? What was the goal of the ones who created  a variety of languages? What would the world be if there were not this much languages?

One idea that I found interesting came from the Center for Applied Linguistics. They wrote:

The prestige or stigma attached to a particular language in a society will usually reflect power hierarchies in that society. Globalization creates demand for fluency in some of the dominant world languages, while at the same time it opens up opportunities for speakers of small languages to communicate easily over distances and use technologies to maintain or revitalize their languages.

This stood out to me because I feel like it summarize the discrimination that language may cause. Some may be unsuccessful; because they are not bilingual and/or the language they speak is not as used as others. And I witnessed those circumstances.