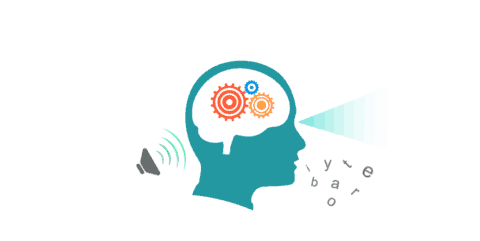 The topic I will be researching and discussing is language acquisition and language learning. First off, there is a slight different between the two. Whereas language acquisition studies how babies learn to communicate and their first language, language learning is the general process of learning languages. I want to learn about how children pick up a language and if that relates to how people learn second or third languages.

As discussed in the article on Simply Psychology titled “Language Acquisition”, there are many theories as to how children acquire their first language. These theories have changed and evolved over time, and scientists are still not fully convinced on any one. These theories include behavioralism, universal grammar, and general cognitive and learning principles. Some scientists are still trying to prove that we are born with innate equipment, such as a universal grammar. Others fiercely argue that language acquisition is all in relation to linguistic input and we are not born with any innate grammar rules and such. I will explore these theories more in my essay, and as well as talk about what different stances scientists have today.

The article on The Conversation claims that “you’re never too old to become fluent in a language”. It defines fluency as communicating with relative ease, completely unrelated to accents. It also mentions that there is no “critical window” to learning a new language, as many believe. It will be more difficult, but not impossible. However, it does not give much evidence or examples of studies that have shown this. It does not even give any reasons as to why adults have a harder time learning grammar rules.

The article on ESL titled “Does it get harder to learn a language as you get older?” gives more information and convincing arguments that “learning a language doesn’t necessarily get harder with age”. It makes this claim, saying that how people learn a new language changes as they become adults. It also lists the advantages of both children and adults when learning languages. For example, children do “soak up” information easier than adults, however adults have more highly developed cognitive systems and know more about themselves and their learning techniques. It then goes on to talk about the best ways for adults to learn new languages. According to this article, the best environment is in a country when the language is spoken. I am inclined to agree. It is a lot easier to pick up on the language and the subtle rules when hearing it and using it in everyday scenarios, rather than sitting in a classroom trying to memorize all the ways the conjugate the verbs.
Link to NowComment and annotations: https://nowcomment.com/documents/135382

I think that your topic is fascinating. I was really surprised that one of your sources stated that there was “no critical window” in which a person needs to learn a new language. It led me to wonder if there was a window that was at least better to learn a language within, which you answered in your next paragraph! I agree that it is easiest to learn a language when you are in the country that said language is spoken in. I wonder if there is an amount of time that is generally required to spend in a specific country to learn that language. I hope that you keep exploring how people learn new languages because I think it is fascinating and very applicable to many adults and children when considering foreign studies or dual immersion schools.

Thanks Amani for writing! this I really enjoyed it.

Hi Amani, I really liked your topic. I think that it is a very interesting topic and it effects lots of kids. I really was interested in the statement you made when you said ” Some scientists are still trying to prove that we are born with innate equipment, such as a universal grammar.” I think this is a really cool concept and you could get a lot of information on it.