Lack of Recycling in America

Home Lack of Recycling in America 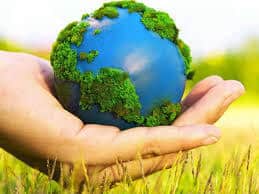 According to Forbes, America is ranked 18th in the developed world for its recycling rates. Because of its large population, it is generating more trash than many European countries even before taking into account its lower ranking. While 85 million tons of recycled municipal waste may seem impressive, when compared to the waste not recycled in America, it results in a mere 34% recycling rate. As of 2016, Germany was leading the world in recycling with an impressive 65% of all waste being recycled, nearly doubling America’s.

However, Professor Daniel K. Benjamin believes recycling is a hoax and not an issue America needs to improve. “It is a waste to recycle when the costs of doing so exceed the benefits,” Benjamin says. He believes the resources required to recycle are not worth the minimal environmental benefits it provides. However, if we keep allowing our trash to accumulate in such high quantities, future generations on earth will not have nearly as high a quality of life, because they will be limited drastically by landfills and all the environmental defects that come with it. The trash will seep into rivers and oceans, contaminating the habitats and diminishing marine life.

While Benjamin may not be far from the truth about America’s weak recycling abilities, it is merely an incentive to improve our recycling rates to compete with leading countries like Germany and Austria so that its cost will not exceed the benefits. We need to better care for our home and environment if we want life on earth to be sustained.

This is very interesting Mary. I agree with you that recycling is an important issue that needs to be addressed in america. We don’t do a good job because there is not enough of an emphasis on it. Without recycling we will also run out of oils according to this article.There are a lot of issues with recycling that need to be addressed.