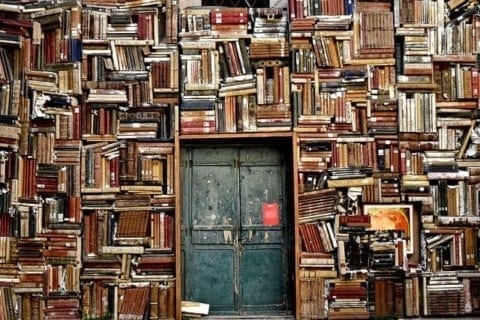 Life, liberty, and the pursuit of happiness. According to the Founding Fathers of the United States, these are the most basic human rights that everyone is guaranteed. They act as an umbrella for other protected freedoms such as religion and representation in a court of law. But perhaps one of the most important human rights is the freedom of thought. This often times falls under the freedom of speech and expression, but it might also fall under the pursuit of knowledge. And it is almost always the first right to be restricted in dictatorial regimes. Hitler accomplished this in the mid 1900’s by destroying books that contradicted his ideologies and punishing professors who refused to conform to his standard of teaching. Communist Russia and China do this now by censoring online resources that do not originate in their country. People smuggle hard-drives into the country with forbidden movies and pirate books such as George Orwell’s 1984. But those that break these laws are punished severely. And yet, they risk their lives to pursue knowledge of the outside world. Perhaps the reason why 1984 and other such forms of entertainment are banished is because of the ideas they hold. Ideas of unrestricted thought and the right to pursue knowledge. Ideas that every human being craves to possess. Censorship of certain materials and restrictions put on freedom of speech and press limit people’s ability to think and destroys the knowledge of the modern world.

In some cases, censorship is necessary in order to prevent discrimination from happening. A professor making derogatory comments towards a certain group of students should be punished, as with the case of a USC professor who made a derogatory joke about welfare to an African- American student. But a professor who speaks of freedom of speech and unrestricted knowledge is only a threat to a despotic leader. Pinar Selek faced two decades worth of punishment because he was explaining his viewpoint on the Kurdish problem in Turkey and was falsely associated with an explosion in a marketplace in a ploy to discredit his image. Something similar happened in Brazil when three professors were threatened with their lives because of the work they were doing on the gender division in the workplace. Only those that fear opposing ideas and change have any reason to try to destroy the lives of individuals searching for the truth.

There are also serious psychological problems linked with the suppression of individual liberty and thought. It causes the person living under such conditions to slip into deep states of depression as they start to doubt their own self-worth. It is why so many people in communist-run countries attempt to seek refuge in democracies such as the U.S.; so that they may have the choice to pursue their own personal happiness and understand that they are a human being with worth.

But as time goes on and technology progresses, is the U.S. much better off than nations already overtaken by communism and dictatorships? Every U.S. citizen is being watched, one way or another. Whether it’s through security cameras in stores or by posting personal information on social media, Americans are making it very easy for the government to keep tabs on their lives. In some ways this is good; police now turn to social media to find clues and evidence to prosecute criminals. But in other ways, it’s bad. Because most social media platforms are privately owned, the company can decided what people can post. They can flag someone’s account as offensive and have it shut down. While this is needed in some cases, this power can very easily change from helping the greater good to silencing opposing viewpoints.

There is no one way to fix this issue. There are many powerful people out there who will stop at nothing to crush opposition. There are people today fighting against regimes like this. But many pay with their lives. What we can do, however, is work to ensure this doesn’t happen in democratic nations. People need an awareness that the government and special interest groups can turn a harmless social media post into a weapon. We are willingly giving up our rights to privacy for security, but it will only be a matter of time and who gains power before that security infringes on our right to free thought and the search for knowledge. But those who can clearly see when this begins to happen will be able to change the world, forever.

I strongly agree with this passage. Knowledge is very important and if the individuals that were put in a crisis would’ve had knowledge, it would’ve changed a lot.