Kneel Or Not To Kneel

Home Kneel Or Not To Kneel 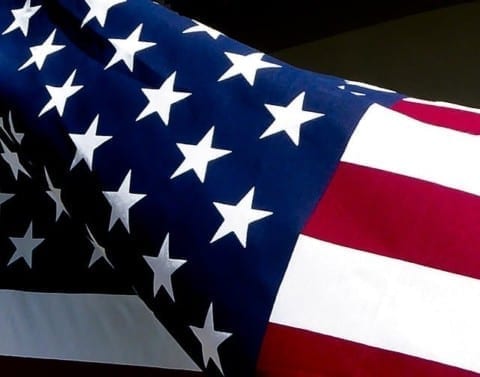 First, if you feel as if the United States are “united” or “free” as much as the government wants us to think, you have the right to protest. There are many amendments that we don’t really get that are in the constitution.

Finally, everyone is entitled to your own opinion. Everyone has a right t o speak their mind. If you feel the U.S isn’t fair or justice, then protest. It is a peaceful protest and it doesn’t bother people. All it is is causing drama for the news. You can sit, stand, kneel, whatever you want during the pledge. That is your right.

In conclusion, it is their choice if they kneel sit whatever. You are protected by the first amendment. Freedom of speech and press. If it is peaceful, it’s fine. You have an opinion and a right to speak up for what you stand for.

I was very intrigued in this topic and I fully agree with your stand point. As I noticed in your article you said “everyone is entitled to your own opinion. Everyone has a right to speak their mind. If you feel the U.S isn’t fair or justice, then protest. It is a peaceful protest and it doesn’t bother people.” This put what I have been thinking into words. I appreciate that people value the same stand point I have. At my high school, at our home football games during the National Anthem, the student section change the lyrics at the end of the song to “home of the Kang’s” instead of “home of the brave”. Do you think that this is considered disrespectful to our nation or is it just pride in our schools name?

Dear Sevin,
I agree that people should be able to protest and it’s also cool to see people who are on TV and athletes take a knee even though the president doesn’t agree. Even though people take a knee, they still have respect for the the American flag but don’t agree with how divided America is. People feel like they have to protest, especially if they have such a high platform because we have a president who doesn’t relate with or stand by the minority groups. Thank you for your post.

Dear Sevin,
I am intrigued by your post because you write about how we are allowed to practice our first amendment when it comes to standing up to the flag or national anthem. It’s a way to show what you believe in peacefully and people should accept that.

One thing that you said that stands out to me is: “… you have the right to protest as long as it is peaceful. If you don’t hurt anyone or like vandalize property, you’re okay.” I agree with this statement because the best way to protest is peacefully, however it bothers me that some people target these peaceful protests. You can see on Twitter and other social medias that people kick sitting students out of their chairs if they don’t stand for the pledge. I feel like this is a violation of the first amendment right that everyone should have but I wonder if other rules from the Constitution come into play.

Hello!
I really enjoyed your ‘To Kneel or not to Kneel’ writing. I noticed that you said “You can sit, stand, kneel, whatever you want during the national anthem”. While I found this interesting, I do not think that a person should be allowed to do anything they want during the national anthem. I agree that people should be allowed to kneel during the anthem, but shouting or disturbing the respect of others should not be allowed. Kneeling is often considered a way to show humbleness. Is it not disturbing the respect of other people. Where do you think the freedom of speech should be limited?

Sevin, I think you have written a very interesting piece that adequately highlights one of the most heated debates in US politics right now. As Americans we are given the right to protest which is currently being demonstrated by NFL players. What they are fighting for is equality and unity, which is something I think more people should be rallying behind. I would love to hear your opinion on the counter argument against kneeling. Is it disrespecting our veterans and current military members, and are we undermining what they fought for? Or are we expressing and using the rights they guaranteed for us.
Thanks,
Tess

Sevin,
I am in total agreement with what you are so and I loved the reasons you used to back up your argument. I think one of your strongest points was made when you discussed how everyone is entitled to their own opinion. These football players felt strongly about the oppression they have been facing, and they took a stand for what they believed in. Their protesting was peaceful and yet people were offended. Those who took offense had just as much right to their opinions as the football players did. As you said, the first amendment grants each individual their basic human right of free speech, opinion, and belief.

Sevin, great opinion piece!
I wholeheartedly agree with you when you say “What people say about you shouldn’t matter.” This has been a key element to my peace of mind living in the United States. I feel comfort in my ability to protest freely. I had a controversial opinion from the NFL’s controversy on which I would love to hear your opinion. I feel like, in a strange, roundabout way, by kneeling for the national anthem or the pledge of allegiance is respectful. It respects the rights for which our soldiers fought, and it respects the people who intended for us to speak up in times of misrepresentation and inequality. These people fought not so that we would sing, but so that we would feel safe, and the founders created this country so that we would be free, not so that we would be persecuted. Here is an article from the Atlantic that you might find interesting, as well:
https://www.theatlantic.com/politics/archive/2017/09/kneeling-for-life-and-liberty-is-patriotic/540942/

I look forward to hearing back!

Dear Sevin,
I am inspired by your post, it makes me feel that there are people who understand the oppression in the United States. One sentence that stood out to me was “First, if you feel as if the United States are “united” or “free” as much as the government wants us to think, you have the right to protest. There are many amendments that we don’t really get that are in the constitution.” because that is true the government says that the U.S.A is the home of the brave and land of the free which I really disagree with. This is the land of the oppressed because everywhere you go there is oppression. Thanks for your writing. I look forward to seeing what you write next, because it is important that the youth is seeing all the oppression that is happening and is educated about the oppression. Keep on posting post’s like this to educate the youth.

I am inspired by your post Kneel or Not To Kneel because this is what a lot of teams are struggling with, well not struggling but having to deal with judgement about. I feel like this topic right here is something everyone should be posting because one Donald Trump is saying that kneeling for the country is something that should be prohibited which I don’t agree with at all. I also think this was a great topic to post because I don’t think that a lot of people are paying attention to the fact that their teams are losing are going to be no more due to a man who is not in support of supporting our country and who I also feel is not trying to as he said, ” Make America Great Again” when he is not allowing people who deeply care for their country show their dignity and support. Lastly this stood because your title really caught my eye because it’s trying to get peoples opinion like do you or do you not support your country. Thank you for writing this very powerful post it really has inspired me personally to post more social problems and world problems. I think that you should continue writing about things like this because you make it very interesting and I feel like people will pay way more attention to your post.

I think people should have the right to kneel no matter what. Like you said in your piece ” everyone has their own opinion.” I totally agree with this statement. Without different opinions the world will be boring with people who agree and disagreeing on the same things. I am glad that Colin Kaepernick stood up for what he believed in and took a stand. I am also happy for other NFL players who are doing the same thing by taking a knee. I think the most important part of this is that people should have the right to their own opinion and people shouldn’t hate on them for it,