Kindness in Freak The Mighty

Home Kindness in Freak The Mighty 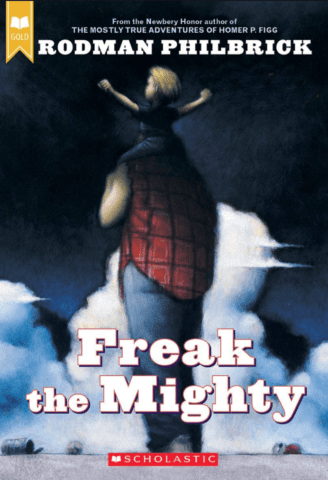 Maxwell Kane, the protagonist in Freak the Mighty by Rodman Philbrick has a few traits that influence his relationships with others.

One, he is energetic. Two, he is outgoing. Three, he is brave.

These traits influence his relationships with others. “Called me Kicker for a time – this was daycare, the year Gram and Grim took me over – and I had a thing about booting anyone who dared to touch me. Because they were always trying to throw a hug on me like it was a medicine I needed.”  His energetic side comes into play here when the readers see that Max is an energetic person. Unlike other kids he does not want to be touched and his way of playing meant kicking people. He loves kicking people that they called him “kicker” and he had even kicked some of his teachers.

Later, on page 177, Freak interacts with Max, basically becoming friends with him and going on adventures with him, and teaching him new things until his final day. “So I wrote the unvanquished truth stuff down and then kept on going, for months and months, until it was spring again, and the world was really and truly green all over. By the time we got here, which I guess should be the end, I’m feeling okay about remembering things. And now that I’ve written a book who knows, I might even read a few” Max’s response here deepens a reader’s sense of his bravery, and sparks a feeling of grief and sadness because he just lost one of his only friends.