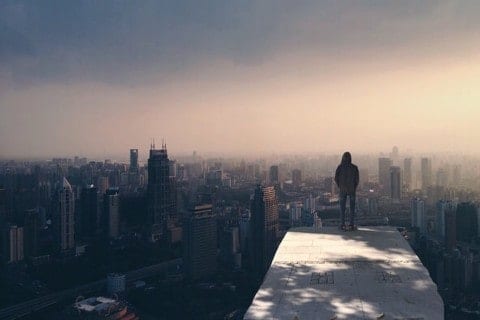 On average in the U.S. 121 people die by suicide every single day making suicide the 10th leading cause of death. NFSP reports a steady incline in the suicide rate and mental illness is at an all time high – whether that be because professionals diagnose better, people are getting more ill, or people feel more comfortable discussing issues. Suicide and its various causes are all on the forefront of society and are an issue in dire need of attention. Yet, there has been no significant change. In fact, the statistics show that the problem is worsening. So what is the problem?
Walking down the halls at school, scrolling through social media, even hanging out with friends, we are bombarded with a culture desensitized to mental illness. Kill yourself jokes run rampant through just about any video’s comment section online. Cruel personal jokes flood school hallways.  Yet those participating are also the ones most affected by the problem. The majority of people using the internet are millennials and plurals which have the highest suicide rates compared to any other generation.  While no society is condoning the nature of the jokes, there isn’t much to stop the jokes either. People argue that taking a “kill yourself” joke – or something of the like – serious is a waste of time. It essentially doesn’t matter anymore.

So why has such a serious problem become fodder for humor on the internet by those who are most affected? I would dare say it is the culture these people experience. Our culture only recently has brought discussions about mental health to the attention of larger society, but in the past mental institutions were essentially places to separate the mentally able from the others. Mental institutions in the U.S. in the 1950s were infamous for institutionalizing and holding people after they were healthy as well as grouping crime, mental illness, and taboo into one category. The mentally ill were those who were less than the average citizen. Fast forward to today, a complaint of many on the internet is that they have been told their problems aren’t valid and that happiness is a choice. It comes down to the fact that society still doesn’t see mentally ill as people who need help. They have taken the small step up from being subhuman to being over dramatic.

On top of these societal stigmas, the funding for research on mental health severely lacks the backing that more concrete illnesses such as cancer have procured. Mental illness spending has even seen budget cuts on multiple occasions such as the 2008 recession.  So as confirmation to stigma, mental illness is not a major priority of society. Instead, society more looks to have the problem fixed just whenever. For a generation of insecure and mentally ill, the combination of low levels of action and stigma create an even more negative vision of themselves and the prospects of getting respect for their problems.

In response, young generations turn to the internet where they indulge in humor and leisure. As time passes, people begin to realize how everyone has had similar experiences surrounding mental health and connect over it. Yet, as the generation is acutely aware of how public the internet is, and how openness is looked down upon, the way of joking about their problems became more common. Thus, relatable became funny and with it mental health was the butt of the joke. However, not all is bad in this situation. While the young generations may feel overly comfortable in joking about such grave matters, they also engage in more conversations about the problem than ever before and the controversial nature of the jokes open the opportunity for debate and discussion of morals and standards relating to the subject matter. However, either good or bad, an awareness of how words define our beliefs or how words are interpreted play an important role in society’s issues.

Hello again! I really appreciate your analysis of the problem of crude jokes centered around mental illness. In a way, It makes sense why people use the “kill yourself joke”. The subject of comedy is often also the subject of upsetting instances and occurrences. Similar to racial, gay, or political jokes, suicide jokes are widespread in the teenage world of social media. Jokes are said to be a way of laughing when the subject really makes you want to cry. And I can see the truth in that nearly everywhere. Although many jokes can be unintentionally harmful, I find suicide jokes are nothing but harmful. A laugh is the only differentiating quality between a joke and words that can end a life. And that’s not a good sign. There are lots of organizations and agencies that try to help prevent suicide, but even they can’t compensate much for the lack of funds. Another resource you might use is (http://www.apa.org/monitor/oct03/socialclass.aspx). I look forward to your future writings!