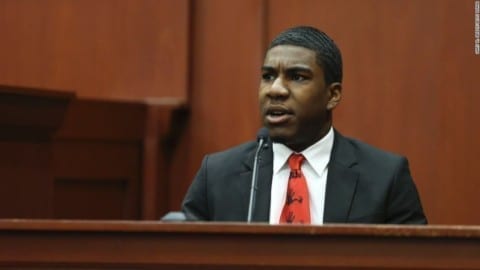 The poem was inspired by the Book The Hate U Give, by Angie Thomas. The speaker in this poem  is a  defense attorney for Khalil’s family who are seeking justice for the unfair treatment and criminalization of young black men.

Here in the court today

For a case to try and clear it

Because a young black male

Lost his life due to his appearance

Killed him because he looked suspicious

But also because he aint white

And since he is colored

Whatever he do ain’t right

He was riding with his friend

And then along came officer 1-15

Who said Khalil approached him

But that’s not what it seems

But he is not getting looked at as a bad person

He pulled khalil over

but he wasn’t even swervin

He pats him down

Nothing on him or under his belt buckle

But still 1-15 fired his weapon

As soon as khalil moved a muscle

Sit back and think

Take a look at the system

The officer committed a murder

That makes Khalil a victim

He swears to tell the truth

He had a broken headlight

That was reason to stop the car

But he shot and killed khalil

He belongs behind bars

Instead he is free

He should be punished

For what he has done

Omar I enjoy reading your piece. I like how everything went together

Omar this is a very meaningful poem , heartfelt if you ask me, I can tell this was a thought out piece ,I appreciate the honesty and the fact that you are addressing the issues we face today …GOOD JOB!

Dear Omar:
I am surprised by your poem, “Khalil’s court case,” because they let another police who killed an innocent unarmed black male. I feel it’s unfair because they police just shooting to kill because people look suspicious.
A few lines from your poem that stands out to me is: “Killed him because he looked suspicious
But also because he aint white
And since he is colored
Whatever he do ain’t right ” I think this is bullshit because I feel the same way that they did that to him because he was Black and the persuaded him as a thug or armed and dangerous.
Some more lines from the poem that I think is fucked up was: “But he shot and killed khalil
He belongs behind bars
Instead he is free.” This stood out for me because the officer that killed Khalil is free after he killed him because he had a broken tail light. He wasn’t charged with taking someone life for no reason, but other people who kill somebody get a lot of time.

it was great ,moving .this what mean to be thug the book the hate you give

This poem spoke to the book ‘The Hate You GIVE’ , i loved this poem my favorite line was He swears to tell the truth

This little poem is amazing, it expresses how someone felt about “The Hate U Give” book, and it showed how people felt about officer 1-15.