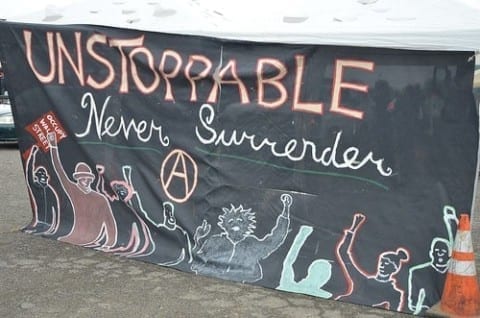 Congratulations on the election. We hope that you can pay attention and solve many of the problems we suffer from in our country. I’m a seventeen year old African-American female, from Oakland, California, who has been sexually abused at a young age and who’s witnessed, and suffered from racial profiling and discrimination.

When my brother was 15 years old, he got sentenced to 32 years in prison for slapping an old white women on camera. The video was posted on YouTube and it went viral across the United States. I researched another story where this caucasian 17 year old girl poisoned her parents every night at dinner, for 3 months until they died, and she was only sentenced to 5 years in prison.

We must remember that the ultimate goal of the juvenile system is not to punish, but to rehabilitate. These young adults, particularly African-Americans, are placed in the corrections facility for a long time, and treated like they’re nothing. They’re then thrown in their rooms, with no free time. They’re treated poorly, beaten, abused, sexually assaulted, etc. They think that jail is helping them, but it’s only destroying them more, causing them to lash out, which can cause more danger for themselves and others, than people think, especially if they’re being harmed in any physical way.

One issue we face as African-American youth incarcerated is sexual abuse. According to a survey from the Bureau of Justice Statistics, 1 in 10, nearly 10% of youth in state juvenile corrections facilities report being victimized sexually. Georgia’s juvenile corrections facilities has the highest sexual abuse rates in the country, according to a 2013 federal study. That percentage has tripled in 2016 and no one has tried to stop it. The system is home to 140 unresolved cases of alleged sexual abuse and harassment.

Another issue we survive as colored youth incarcerated, is racial profiling and discrimination. According to the Bureau of Justice Statistics, one in three black men can expect to go to prison in their lifetime. Individuals of color have an unfair number of encounters with law enforcement, this leads me to conclude that racial profiling continues to be a problem. A report by the Department of Justice found that blacks and Hispanics were approximately three times more likely to be searched, during a traffic stop than white motorists. African Americans were twice as likely to be arrested and almost four times as likely to experience the use of force during encounters with the police. Students of color face severer punishments in school than their white peers resulting in a higher number of colored youth incarcerated. Black and Hispanic students represent more than 70 percent of those involved in school-related arrests or referrals to law enforcement. Currently, African Americans make up two-fifths and Hispanics one-fifth of confined youth today.

So we say the goal of incarceration is to rehabilitate , but are we really habilitating? The increased and unnecessary use of secure, strict detention exposes troubled young people to an environment that more closely resembles adult prisons and jails, than the kinds of community and family-based interventions proven to be most effective. Detained youth, who are often pre-sentenced and awaiting their court date, or sometimes waiting for their placement in another facility or community-based program, can spend anywhere from a few days to a few months locked in custody. Detained youth are physically and emotionally separated from the families who are the most invested in their recovery and success. Frequently, detained youth are housed in overcrowded, understaffed facilities, an environment that often breeds neglect and violence.

So here’s what we have to do. We have to stand up for our juveniles, and empower them in their time of need. We all make mistakes, but it’s not fair that when colored youth commit a crime, they get an unfair punishment or has to suffer more impenetrable than others. It’s not right that when someone gets sexually assaulted in jail it just goes by like a feather in the wind. They are people too and it’s imperative that we stop this from happening. It’s bad enough that we lash out because we are in prison. Let’s work together to stop the abuse and discrimination. We are one. We all bleed and hurt the same. So what makes us so different? The pigmentation in our skin? We are who we are, and that’s what scares people in society.

I am a little angry about this article, “Juvenile Justice” because… I feel like they are being racist.
One sentence you wrote that stands out for me is: “ When my brother was 15 years old, he got sentenced to 32 years in prison for slapping an old white women on camera” I think this is messed up because… I understand he did something wrong and they got evidence , but a slap in the face on camera is not a 32 year crime not even a one year crime i think he need like 3 months not 32 years.

Another sentence that I really didn’t like was: “I researched another story where this caucasian 17 year old girl poisoned her parents every night at dinner, for 3 months until they died, and she was only sentenced to 5 years in prison.” This stood out for me because… It’s just unbelievable, How did this White girl poisoned her parents for 3 months till they died and they only gave her 5 years , it just doesn’t add up.

I don’t agree with the first case because it’s just plain stupid that somebody got 32 years … One reason I say this is because there’s people out here killing people kidnapping kids , and this 15 year old boy got sentenced 32 years for slapping a white lady on camera ,I think he only got 32 years because he’s probably black or hispanic , and the lady white so obviously they going to be racist and violate his sentence .

I Disagree with the other case to , because that white girl has white privilege, How you poisoned your parents for 3 months till they die and the judge only gave her 5 years ? its because she’s white, i disagree with her sentence , she need life in there because she killed the people that brung her into this world, they only gave her 5 years but gave an african american boy or hispanic boy 32 years for slapping a somebody on camera ? i find the judge’s decision racist..

Thanks for your writing. I look forward to seeing what you write next, because… I feel your pain on your brothers case #FREEHIM #HESINNOCENT