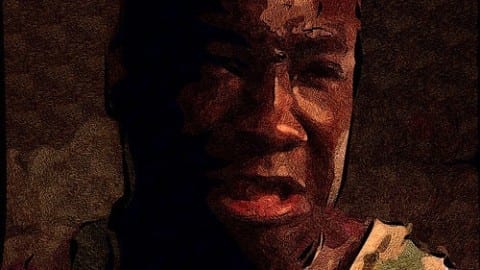 I’m an alumni of Lindhurst High School Class of 2016, I grew up in Marysville and have a wide topic of ideas that I believe needs attention . I’m writing to talk to you about the justice system that is corrupting our trust and belief in America. There are many citizens conflicted with an unjust system for example; the court system, corrupted police authority, school budgeting, and school testing to categorize students. I believe justice is a big role in building America to a better country, although there are other aspects that partake in building America, a system that is truly just will build the respect and trust in the U.S. If America obtained the citizen’s trust it will also increase the number of electoral votes.

There are many stories on the media, magazines, or even personal stories about the courts being unjust. In year “2000”, a man named Cl was framed for robbing a liquor store in the middle of the night. Witnesses insisted that they saw him going in empty handed but coming out with a bottle of wine and a couple other items. Jones was tight with money and couldn’t afford a lawyer, he put a request for a lawyer before the trial but he was never appointed one. He had to prove himself guilty with his own knowledge and belief, while the plaintiff had a lawyer. Jones lost his trial and was sentenced to death. During his stay in prison he did many researches and filed a request for a retrial. Jones’ retrial case was accompanied by his own lawyer and was proven not guilty. There are judges who are bias about the case, the reason could be about the person’s race, gender, ethnicity, religious beliefs, or some would bring in their personal life to come to a decision of the case. There are many ways that the judges could do to enforce their game into the courthouse, but this needs to come to an end. The court system shouldn’t be a place where citizens feel threatened, frightened or feel that their life’s in danger

The police is also a part of being unjust , the police are supposed to be the go to people to find safety and be the safety net to many people in this world. But it seems like the police system has been corrupt too. In 2016 there are many experiences of the police using their job title to make people scared and have disbelief that there is any way of having trust in the people who are supposed to be the ones who handles the chaos that happens between citizens. They are supposed to have the job to keep the streets and communities calm and safe but it feels like that feeling that we want may not be entirely possible with the ruckus that there has been with the police mistreating and abusing their rights against citizens.

Many employees in America or even around the world have different salaries and job descriptions, but many of them have paychecks that doesn’t match up to the amount of effort they put into their jobs. Or it could be vice versa where the employee gets paid more than the energy put into the job. I believe that the standard of American pay should be adjusted to the effort and time they put into their work. In the New York Times newspaper there’s an article on ‘The Price of Nice Nails’ explaining the differences of service, the amount of pay, and the life struggles of living on a tight budget for your whole life.

The public school districts is unevenly budgeted, the government has been biased about each school/district according to test scores. A student’s level of knowledge and the school’s education ranking shouldn’t be based on what the government thinks how smart the students should be. That is a problem because if the school’s test scores are low they are given less money to help build the student increase their learning skills with up to date resources and curriculums that will make them challenge themselves. Students shouldn’t have to feel like they have to be at a certain level of knowledge to be an “exceptional” student.

These topics was brought to my attention because I noticed that the citizens of America are starting to fail in their civic responsibilities and citizen efficacy due to a weak government and lack of trust and vision. As the years go by the amount of citizens grow to have no interest in politics or the important government choices that may affect the future of America, the home and the land of the brave. America needs a wake up call and a refresh button to clean up their selfish acts and work together to make the founding fathers’ work and knowledge worth their pain and struggles they went through to make it a home for us.

I am excited by your post, “Justice System,” because I completely agree with you. Lately all i’ve been seeing on the media is cop harassing not only the youth but grown men as well. Also in my school we get these pre assessment test to categorize where we stand mentally. I disagree with test taking because i believe a test can only show what you remember learning in school not what you actually know.

One sentence you wrote that stands out for me is: “In year “2000”, a man named Cl was framed for robbing a liquor store in the middle of the night.” This reminds me of a scenario that my uncle went threw, he was once accused of assaulting a cop when in reality he was trying to speak to the cop but he was assaulted. If we weren’t there to capture the moment on our phones my uncle would be facing serious time. It seems as if this is a constant problem in our society but no one seems to speak up. Is because of fear?.

Another sentence that I liked was: “Many employees in America or even around the world have different salaries and job descriptions, but many of them have paychecks that doesn’t match up to the amount of effort they put into their jobs.” You really got me interested because this is a conversation I constantly have with my friends, why is it that psychologist get paid so much money but those who work in a restaraunt get paid so little. It does seem as if the less you do the more you get paid.

I do agree with you thaf the police is also a part of being unjust , the police are supposed to be the go to people to find safety and be the safety net to many people in this world. But it seems like the police system has been corrupt too.

Thanks for your writing. I look forward to seeing what you write next, because I really enjoyed reading about the injustice going on in our society.

Hey! I’m so glad that you bought up the police issues that has become a global issue today. You’re right. Many officials feel comfortable with abusing their power, and it is only because they fear no consequences. If I was to act up in school then go home and my parents don’t punish me, I will act up again. I know it is wrong, and I have the power to make better choices, but if I wont get in trouble why should I care? This analogy refers to lack of the PD reprimanding officers when they abuse their power. They instead, try to cover it up and make it look as if they are in the right. For instance when an officer shoots a civilian for no apparent reason, they bring up their dirt from the past and find depicting images to make it look as if they did us a favor. Which is horrible. I think the government forgets that they work for us, and soon enough, the people will rise up as one and take over their jobs. We elect them to fight for us, but they are failing at their jobs which results in a failing nation. If only they’d listen.