“Just a Jump to the Left”

Home “Just a Jump to the Left” 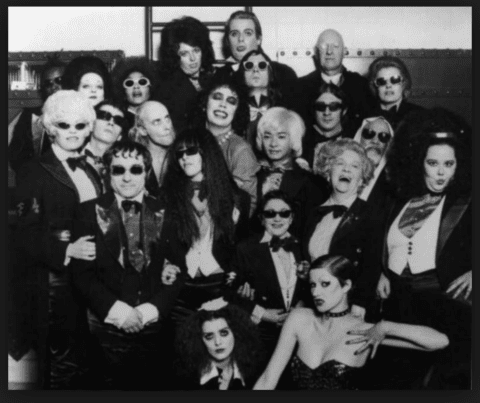 The Rocky Horror Picture Show found it’s beginning in June of 1973 in a dingy London theatre that used to be an old movie house, under the name The Rocky Horror Show: A Musical. The show was written by Richard O’Brien, based on a piece of writing O’Brien was working on called They Came from Denton High. When he met Jim Sharman, a director with whom O’Brien and worked several times, Sharman convinced him to change the title and helped produced the show.

The provocative Gothic musical became a hit in only a few weeks, moving to bigger theatres in London, and eventually coming to America, playing mainly in Los Angeles. Much of the cast followed the show to the states. After some discussion, O’Brien and Sharman decided to turn it into a feature-film production. The film was a flop. Mainly movie theatres saw empty showings of the film, that is until a few avid fans in New York began turning up at midnight. They would dress as characters, shout back at the screen, throw things, and make a mockery of the film, in the best way possible. Several theatres began to only show the film at midnight on the weekends, and found they had stuck gold. The late-night picture show was a huge hit among fans, and it wasn’t long until shadow casts began acting out the film in front of the screen.

Forty years later, The Rock Horror Picture Show continues to be a cult favorite, and has accidentally been the longest-running film in history, not to mention the longest-running box office flop.  Shadow casts and midnight showings of the film can be found in many countries, and most major cities. Some U.S. cities even have several theatres and troops that put on the floor show.