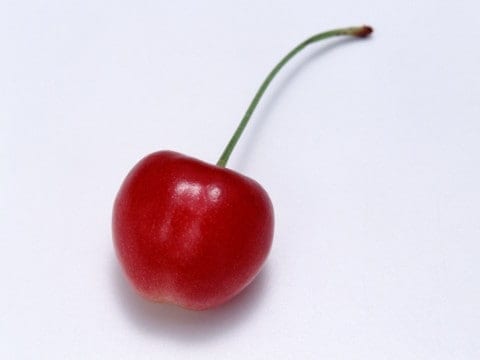 Thomas Campion (1567-1620) was an English composer, poet and physician. He lived during the Renaissance, just like William Shakespeare. I am wondering if these two poets were trying to be better than each other, because I know Shakespeare had a lots of enemies. The theme of the poem “There is a garden in her face” by Thomas Campion is feminine beauty, but a beauty which is inaccessible. The lady stands against any man. Only when she meets a man who pleases her, perhaps her future husband will be allowed to kiss her. I wonder who is the woman the poet is speaking about? Why is she anonymous? Does she even know he is in love with her? Or maybe she knows but she just doesn’t pay attention to him? Is the poet comparing “cherries” to her red lips?  I googled it and found out there is an Australian chocolate bar with cherries, invented in 1924.  But my small group also pointed out that “cherry” can have sexual connotations.  In English, it’s slang for a woman’s hymen, and sometimes for the clitoris. Is “cherry” a metaphor for woman’s virginity? The poet is obviously obsessed with her, but it’s funny how he talks just about her physical beauty through the whole poem. He uses a lot of metaphors (“There cherries grow which none may buy”). He didn’t mention anything about her personality.

At the first reading, the poem appears to be just a description of a pretty woman. When I started paying more attention to how it’s written, I realized it’s much deeper than I thought. I think it actually is about virginity because she doesn’t want to fall in love with anybody until she finds someone “perfect.” It’s not just about beauty, it’s about a woman with much respect for herself.

Dear Jovana,
I am intrigued by your analysis because you you have descriptively analyzed the poem “There is garden in her face”. I like how you are very detailed in how you talk about the poem and what you went through to create these conclusions.
One thing you said that stands out for me is: “ Is the poet referring “cherries” just to her red lips or is it metaphor for woman’s virginity? (“There cherries grow which none may buy”).” I think this is interesting because I can see how you have two perspectives of this line. This makes me think that the line may have maybe even more perspectives that we both have no idea of.
Your analysis reminds me of when in my class we read a poem called “mushroom” and as a class we talked about the perspectives we have. It was surprising to see that there was a lot of different and interesting perspectives.
Thanks for your project. I look forward to seeing what you write next because this analysis was very intriguing on how you were able to understand this poem. You future work it definitely going to be as good as this one.