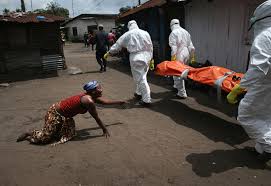 I have been tasked with researching a contemporary portrait photographer. My photographer is John Moore. Though he is most commonly known for his work across seas, he also does a lot of work in America. His most well known portrait work was done at the border jail, where they take illegal immigrants trying to cross the border. While there he took a series of photos of these immigrants and also told each of their stories, just as they had told him.

I thought his most interesting work was when he went over to Liberia in order to shoot the Ebola outbreak there in 2014 (see How John Moore Covered the Ebola Outbreak). One of the most important things that he said, that sticked, was that as a photographer it is hard to take people’s photos without making a personal connection with them somehow. He still continued to photograph these people in order to make known their stories, even though there was a very high possibility of catching the disease himself.

I think that his work as a photographer is very important because he is a trailblazer in photography. He goes to places that other people don’t want to go in order to tell the story of what is going on there through his photographs. He also tries to get other people to do the same as him, such as with the Ebola outbreak. He went and got other people to come and spread the news with him in Liberia, but he also made sure that everyone was being as safe as possible when doing so.

In recent years, Moore has been covering places like Mesa, Arizona near the Mexican border, and going down there to take photos of the people that are trying to come to America, Detained, Deported, and Determined. He continues to shoot even if there is violence or the weather is bad. He gets close to the people down there, from them praying to them be arrested – he captures it all, which is very important because it shows the two sides of their journey. He also goes to the jails down there and isn’t afraid to talk one on one to the people that have been arrested. 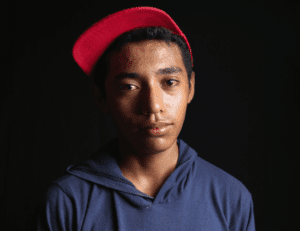 I thought this was really cool. Its amazing to think that a person will withstand extreme situations, such as weather, or violence. I would love to look at more of his photos, especially the more world problem ones.

Your cover picture immediately caught my attention, and the information was very intriguing. Photography is such a powerful tool, and John Moore is using it to spread awareness about things some people would rather ignore. Thanks for your post, it was so interesting!

Sara,
I very much enjoyed your post, especially because Moore’s photos are going to become very relevant as time progresses. I think I’m going to look into his photographs, as they seem very interesting and I would like to get a better grasp of what is happening around the world.