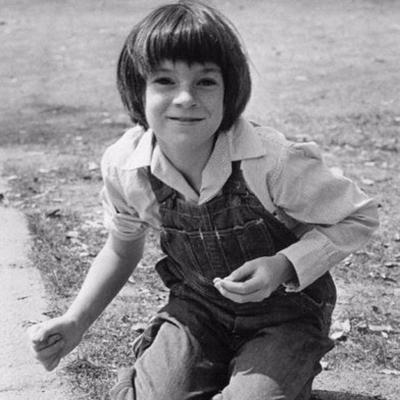 Jean louise finch, or scout, is a dynamic character. Her archetype changes over the course of the book. At the beginning of the book she is the archetypal. This can be seen on 84 page, where the author writes:

Francis looked at me carefully , concluded that i had been sufficiently subdued , and crooned softly, “nigger lover…” this time, i split my knuckle to the bone on his front teeth. My left impaired, I sailed in with my right,” although Scout doesn’t always handle situations the right way, her only motive is to stand up for others.

But by page 57  Scout  has begun to transform into the archetypal confidant, as she grew up, her father taught her by his actions and how he handles things, and teaches Scout what she should and shouldn’t do in various situations. After listening and watching her father, she learns to be mature, empathetic, and understanding. Being a source of comfort to others.  Evidence of this is on pages 57-58:

“Jem stayed moody and silent for a week. As Atticus had once advised me to do, I tried to climb into Jem’s skin and walk around in it: if I had gone alone to the Radley Place at two in the morning, my funeral would have been held the next afternoon. So I left Jem alone and tried not to bother him… Jem suddenly said: “There’s something I didn’t tell you.” As this was his first complete sentence in several days, I encouraged him: “About what?”… He was silent for a while, then he said, “When I went back for my breeches—they were all in a tangle when I was gettin’ out of ’em, I couldn’t get ’em loose. When I went back—” Jem took a deep breath. “When I went back, they were folded across the fence … like they were expectin’ me.” “Across—” “And something else—” Jem’s voice was flat. “Show you when we get home. They’d been sewed up. Not like a lady sewed ’em, like somethin’ I’d try to do. All crooked. It’s almost like—” “—somebody knew you were comin’ back for ’em.” Jem shuddered. “Like somebody was readin’ my mind … like somebody could tell what I was gonna do. Can’t anybody tell what I’m gonna do lest they know me, can they, Scout?” Jem’s question was an appeal. I reassured him: “Can’t anybody tell what you’re gonna do lest they live in the house with you, and even I can’t tell sometimes.”

A reader might predict that the turning point for Scout comes when her father atticus becomes a lawyer for a black man and tries his best to prove that he’s innocent, and tries every way possible to win the case. Because of this himself, Scout, and her brother, Jem, receive criticism and disapproval, they didn’t like the fact that a white man was defending a black man. Scout gets bullied, and she beats up anyone who calls her father bad names, but after talks with her father she learns to be more understanding, and considerate and sees that some people because of their situations, causes them to be the people they are. Page 75-77 encourages this prediction:

“Then why did Cecil say you defended niggers? He made it sound like you were runnin’ a still.”…  Atticus sighed. “I’m simply defending a Negro—his name’s Tom Robinson. He lives in that little settlement beyond the town dump. He’s a member of Calpurnia’s church, and Cal knows his family well. She says they’re clean-living folks. Scout, you aren’t old enough to understand some things yet, but there’s been some high talk around town to the effect that I shouldn’t do much about defending this man. It’s a peculiar case—it won’t come to trial until summer session. John Taylor was kind enough to give us a postponement …” “If you shouldn’t be defendin’ him, then why are you doin’ it?” “For a number of reasons,” said Atticus. “The main one is, if I didn’t I couldn’t hold up my head in town, I couldn’t represent this county in the legislature, I couldn’t even tell you or Jem not to do something again.” “You mean if you didn’t defend that man, Jem and me wouldn’t have to mind you any more?” “That’s about right.” “Why?”

“It’s different this time,” he said. “This time we aren’t fighting the Yankees, we’re fighting our friends. But remember this, no matter how bitter things get, they’re still our friends and this is still our home.” With this in mind, I faced Cecil Jacobs in the schoolyard next day: “You gonna take that back, boy?”“You gotta make me first!” he yelled. “My folks said your daddy was a disgrace an’ that nigger oughta hang from the water-tank!” I drew a bead on him, remembered what Atticus had said, then dropped my fists and walked away, “Scout’s a cow—ward!” ringing in my ears. It was the first time I ever walked away from a fight.

I like how much evidence you were using! It was very detailed.