Jealousy: Harry Potter and The Goblet of Fire

Home Jealousy: Harry Potter and The Goblet of Fire 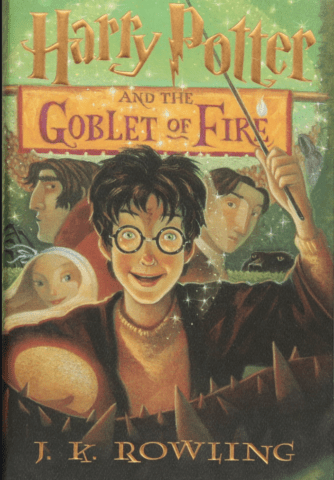 Harry Potter, the protagonist in Harry Potter and The Goblet of Fire, has a few traits that influence his relationships with others.

These traits influence his relationships with others. “‘Maybe someone is hoping Potter is going to die for it,’ said Moody with the merest trace of a growl”. Harry’s braveness comes into play here when Moody suggests that someone put his name in the Goblet of Fire to maybe kill Harry. Although Harry being too young to even have entered he is still competing which out much help from people and he chooses to continue in the tournament even if he has to choose.

Later, on pages 335 to 336, Ron interacts with Harry, basically shunning him and still mad at him for entering the tournament and lying to Ron which none is true because Harry never wants to enter in the first place. Ron’s jealousy for Harry and all the attention he gets really get to Ron and it upset Harry that he’s even jealous of him. “Harry seized one of the POTTER REALLY STINKS badges off the table and chucked it, as har as he could, across the room. It hit Ron on the forehead and bounced off. ‘There you go,’ Harry said. ‘Something for you to wear on Tuesday. You might even have a scar now if you’re lucky … That’s what you want, isn’t it”. Harry’s response here deepens a reader’s sense of his stubbornness and sparks a feeling of anger because Ron nor Harry wants to listen to one another when this is a time that they really need each other.