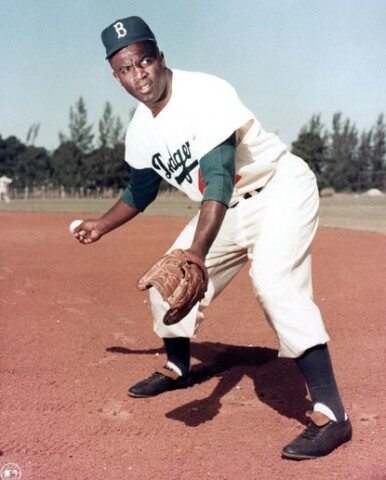 In the Article “AFTER THE FACT: Jackie Robinson” (McGraw Hill) I learned that Jackie Robinson was the first African American to play in Major League Baseball. He used his career and fame to help build the civil rights movement. His legacy was honored so much that after he retired, the number 42 in any jersey wasn’t allowed by anyone. His career was from 1947 to 1957 which was exactly 10 years. Jackie Robinson was one of the greatest baseball players of all time.

I agree with everything Jackie did in his career. I find it awesome that he still decided and made it to be the first african american baseball player even at the time when racism was still a big thing. He was also the first african american player to be introduced into the hall of fame. He used his wellness to help out in his community and others. I completely agree with everything he ever did.

Do you think Jackie Robinson was a big contribute to MLB?