I Stand With Angela

Home I Stand With Angela 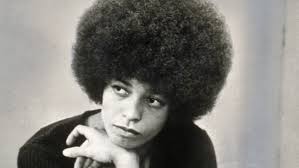 The Alabama Birmingham Civil Rights Institute (BCRI) rescinded the Fred Shuttlesworth Humans Rights Award from Angela Davis because she does not meet the criteria after a letter was sent from the Holocaust Education Center. This letter was expressing concern because Davis’s support for the Boycott, Divestments, Sanctions (BDS) on the protest against Israel’s treatment of Palestinians. There is speculation that as a result of this affiliation, the Birmingham Civil Rights Institute (BCRI) felt that Davis did not meet all of the criteria and the award presentation has been cancelled. The award should not have been rescinded because of her outspoken support of Palestinian rights and she deserves that award.

It is completely nonsensical for a civil rights organization like the BCRI to revoke a nomination because someone supports the civil rights of a particular race. In response to the award being taken away Davis said “I have devoted much of my own activism to international solidarity and, specifically, to linking struggles in other parts of the world to US grassroots campaigns against police violence, the prison industrial complex, and racism more broadly”. This furthers my position, Angela Davis is an educator and activist who played a major role in the Civil Rights Movement, she is mostly known for association with the Black Panther Party and wanting justice for Black people in America. The current events that is happening in Israel is shameful. Along with human rights violations to the Palestinian civilians, racism against African Migrants is currently happening. Now shedding light on the situation, 60,000 African migrants have arrived in Israel since 2006, fleeing unrest in their home countries. While trying to settle into the “Holy Land” they face all forms of discrimination, and is branded as “infiltrators” by politicians and Israelite activist. In the video, “Israel’s New Racism: The Persecution of African Migrants in the Holy Land”, you can see that Israelites are yelling out racial slurs and many other profanities. This is the topic that Davis had talked about and has caused controversy in the human rights community. However, this is a matter of oppression to the Africans that is settled in Israel and as a human rights activist, remaining oblivious to this is an issue. Davis did the right thing speaking out on this situation.

Some may argue that Angela Davis does not deserve this award. Her speaking out on the violation of rights is controversial and people must have felt that this situation should have never been brought up. However, in response to this Angela said “I don’t know whether I enjoy being at the center of the controversy; I think I’ve had my share of controversies in my life. But I’m happy to assist in the process of encouraging more discussion on racism, on anti-Semitism, on justice for Palestine.” It is morally unjust for this topic to be taboo and the discussion of Palestinian rights should be happening more often.

In conclusion, Angela Davis is a powerful activist who believe in the civil rights of all people, not just regarding the black community. The Jewish Voice For Peace tweeted: “To argue that Angela Davis is unworthy of a civil rights award is beyond shameful. And to dance around the fact that it’s due to her outspoken support of Palestinian rights makes it outrageous.” This was completely unnecessary especially given the current events that is happening in Israel.

Dear Nathaniel :
I am Incredibly amazed of your essay structure and your format. You state what is going on with famous
activist Angela Davis and the award she was nominated for from the Civil Rights Institute. I feel that this
essay was relevant to the fact that she was very bold to step up to the plate and stand her ground for Civil
Rights that was needed for her people. One sentence you wrote that stands out for me is‘’ The current
events that is happening in Israel is shameful. Along with human rights violations to the Palestinian
civilians, racism against African Migrants is currently happening’’.I think this is very because
Another sentence that I thought stood out to me was: “I don’t know whether I enjoy being at the center of
the controversy. I think I’ve had my share of controversies in my life.” This stood out for me because it
represents what shes personally been through. Your essay reminds me of something that happened to me.
One time i was oppressed by the police in a situation that occured that i had completely nothing to do with,
i was brought to court speaking to a judge And he completely looks over what i have to say, maybe it was
because i wasn’t light skin.Thanks for your writing. I look forward to seeing what you write next because
you are a very outstanding writer with high expectations.

I agree with your argument that Angela Davis should receive the award that she was originally nominated for. I also feel like the tweet the Jewish Voice For Peace made about Angela Davis was very unnecessary and inappropriate as well.