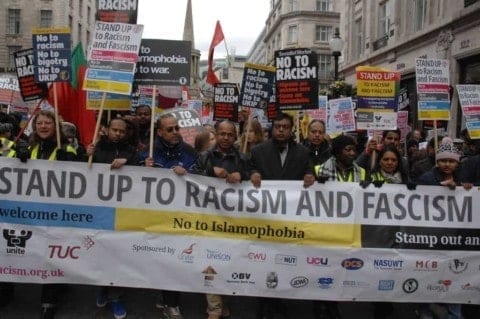 Islamophobia is a large issue in the United States. The term describes the prejudice that occurs against Muslims, a feeling that has been fueled by right-wing politicians and media outlets.

I am passionate about this issue because I have Muslim family and friends, and I know that the anti-Islamic sentiment that many Americans have is wrong and unjust. I want people to know that Muslims can be well-integrated members of western society.

Before I started this project, I knew that people like Donald Trump spread hatred against Islam and that there had been numerous anti-Islamic hate crimes that occurred in the US.

During this project, I discovered that many Americans have a distrust of Islam, and this is most commonly caused by a lack of proper education about the truths of Islam. Because of this, I think educating people is the most effective way to fight Islamophobia.

Dear Zachary,
I am satisfied about your post because of how it addresses a serious issue in America. I myself am muslim and don’t mind when some joke about it but sometimes some go too far or even are fully racist.
One thing you said that stands out for me is: “Donald Trump spread hatred against Islam.” I think this is very accurate because Trump spread much hate towards Islam and some believe he is right as he is president. Many are uneducated about Islam and only see the bad about it but don’t bother with the good. Some muslims have twisted beliefs which corrupted how Islam is thought of, and many of these beliefs are forbidden in the religion itself.
Your post reminds me of something that happened to me. One time I was talking to some of my friends, when one made a very racist remark towards muslims. I gave them a warning, but they soon did another and I stopped any contact with them that I could control.
Thanks for your project. I look forward to seeing what you write next because of how it may bring light to a big issue in society. I hope you will go more in depth about what Islam really is as it may bring more followers into the religion which always helps.