Home Is Your Society Impacted! 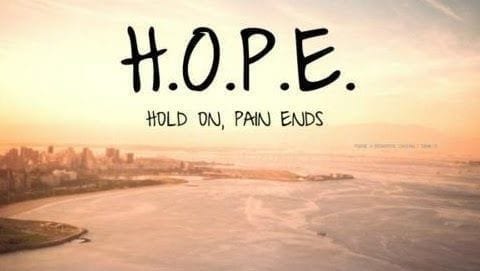 How is Society impacting your life? Community? Why are others afraid to come to Oakland?  A lot of the community feels ashamed because all they see is violence and they see other people who don’t like Oakland and are afraid to come there. There is too much violence all around the world and I chose to interview three people and they had a lot to say about society from their own perspectives. First, there is it’s too much gentrification that did leading to violence, second was how violence can’t be controlled plus it been around too long, and the third is how violence impacting them and the rest of the community around the world.

Violence has been around our society for a very long time and now difficult to get rid of it even if you try to. My interviewer Saidah Brown had a lot to say about violence in our society in Oakland that is credible and I also think she’s right about it. She says where she lives violence happens every day or night. She sees the violence happening sometimes but there is nothing she can do. She stated “ People think violence is the answer but you are all wrong, it’s just making our world a darker place” (Brown). You can change how bad the world is by coming together as a community because if we come all together there wouldn’t be violence. This will help the society because there wouldn’t any deaths and people also won’t have to go through pain. I really agree with her because everyday somebody is either getting hurt or in jail and the world shouldn’t be this way, the world should be able to have conversations  to  solve problems but instead people choose to the hard way. Brown also said “ I lived in Oakland all my life, I don’t like it because it’s way too much violence and for me to see it happening multiple times near my home makes me feel like I’m not safe at all” (Brown). She knows that Oakland can be dangerous at most points and it makes her feel unsafe. Saidah said “ She doesn’t know if violence will ever change because change has to start within the people and we all know the people are not going to change”  (Brown).

The Society is never going to happen in your lifetime. My second interviewer Sharon Roane had a couple of works to say about why she thinks and knows nothing is going to change. Sharon says “ I’ve been living here [Oakland] for 26 years and nothing at all has changed and I know nothing is going to get done” (Roane). I can say I absolutely agree with what she’s saying because I’m 14 and me growing up, I have noticed a change but it wasn’t a positive change. I’ve saw someone get beat on streets I walk by and this cannot happen in our society because it will turn into a “GOTHAM” city if we don’t have any positivity. This change was negative because people would fight, shoot, and go to jail on an everyday basis like it was nothing to them. This is why I want to move out of Oakland, because I know nothing is going to change for the better. Roane  also said “ I would love to get the heck out of Oakland because there’s nothing here for me besides DEATH and I don’t want that”. I understand where Roane is coming from when she said this because where she lives, it’s nothing but killing so moving is the best thing. Plus, we all know nothing can change the people’s mind so in my opinion I think it’s best for us to stop trying now since we already know changes are not going to happen. “How life has changed. A 1994 poll found more than half the children questioned said they were afraid of violent crime against them or a family member. Are these kids just paranoid, or is there a real problem?” (Anderson).

Even when you and family live in the same city there is always someone picking on one of them leading to violence. The last person I interviewed was Rickey Bartley, he’s been living in Oakland for 30 years. Rickey hates unfairness and violence. Rickey states “ My cousin suffered from gentrification and she didn’t know how to handle it well so she just moved away”. This tells me that her rent was increasing rapidly or somebody was offering to pay more than what she was. I think that’s unfair because what if he/she couldn’t find anywhere else to stay. I know that gentrification can lead to violence It’s bad because it can also lead to major issues. This make me wonder if anybody in my family suffering from gentrification. But ways gentrification can lead to violence is if you don’t want to move they will force you out by either killing you or by sending you to jail, maybe even worse consequences than that depending on the landlord. “uses cross-sectional data in gentrified neighborhoods where population outflow exceeds citywide averages to determine the extent to which displacement becomes an issue” (Aikman). But at the end of the day I don’t think anybody should have to suffer from gentrification, there is already too much violence is going on.

In my opinion we are all impacted because the violence of society we live in. The main points my 3 interviewees and I talked about was the violence in society, how can our society change, and the gentrification in our society. However we all know our society can be dangerous and don’t have any control. Plus, I know that  no matter what you try to do, nothing is going to work. I want all the people that’s reading this to know that there is no way our society can change if it doesn’t start within the people.

Me and Saidah talked about violence,moving,and gentrification in Oakland and how it affects her. I think she is a credible source because she also was born and lived in Oakland for a long time. She also seen violence happening so she can tell us more about that. And, she knows nothing is going to change, she says “Change has to start within the people”. Saidah doesn’t want to live in Oakland because of the violence and other complications. She says if there was somewhere she want to live it would be Oakland but by Lake Merritt in the High Rises. But, at the same time she do want to continue living in Oakland because she’s been here all her life and it really feels like home to her.

Rickey and I talked about violence, moving, gentrification, and what he think should change. He has lived in Oakland for 30 years, all his life. One of his family members have suffered from gentrification and she handled it the best way she could, she moved away.

Dear Shania,
I am glad that you wrote,”Is Your Society Impacted” because it shows the different ways our community is being impacted through violence and gentrification. I think is important that people know what’s going on in their community to be informed. One sentence that stood out to me is, ” I know that gentrification can lead to violence It’s bad because it can also lead to major issues. This make me wonder if anybody in my family suffering from gentrification.” I like that you decided to put what you know about gentrification and your opinion. That knowing other people are suffering from gentrification base on your interviews makes you wonder about your own family. This stood out to me because I don’t really pay attention to how our community is being impacted. It also makes me wonder about my own family and if they have struggle with gentrification.I agree with what you said about gentrification leading to violence because if people don’t want to leave their home they are forced by authority to get out and get hurt in they way. That’s why is important for issues like this to be talked about so people can be aware of what’s going on and feel empower to make a change. Thank you for writing about this. I look forward to seeing what you write next because I know is going to be something that is affecting everyone and ways to solve the problems. I will remember the way you connected the show “Gotham” to this issue because it shows your creativity and I am looking forward to reading about your other creative writing. I hope people take this seriously and notice that there needs to be a change in our society.

Dear Lilian,
Thank you for commenting on my writing. I also want to thank you for giving me feed back on my creativity because no one else really do besides my teacher and my family. I am going to write more about our community because itś something I like to do. Hopefully we can come up with something together and post it up on youth voices. Thanks again!!

Dear Lilian,
I appreciate the feedback you gave me because this shows that people actually read what I post and this makes my blogs better. I like how you explained why you like certain parts/quotes in my post because this tells me you might of had some connections or it was just something you liked about it and I really liked how you did that. Hopefully soon you are going to write and I can give you some feedback. Thank you again for the comment….. Sincerely, Shania Brown

I am really glad that you wrote ¨Is Your Society Impacted!¨ because it shows the importance of what our community thinks of gentrification. The quotes that you used from the members in our community was really strong and deep. The people you interviewed was given a voice and they used that voice to speak out about an important topic. One sentence that stood out to me was ¨I’ve saw someone get beat on streets I walk by and this cannot happen in our society because it will turn into a “GOTHAM” city if we don’t have any positivity¨(Shania). I love this sentence because it was connecting to a show that many people watch and it was a good reference to the quote. I think it showed your creativity since I would have never thought of connecting one of my quotes to a TV show. Thank you for that idea. I do agree with you on the fact that gentrification is bad for our community. Death and violence need to be get rid off. I hope more people will notice that there needs to be a change. Thank you for your writing. I look forward to what you will write next because your connections to other things was super interesting.