Is Video Games a Sport?

Home Is Video Games a Sport? 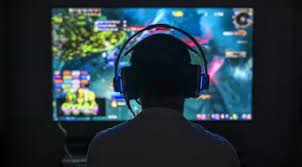 In the article “IS Video Games a Sport” is about two intellectual, MASON MULLENIOUX and ALEXANDRA COATES, giving the opinion-whether or not video games is a sport or not.

The gaming world has grown drastically with fans and also grabbing people’s attention. There is even a League of champion of World Champions which is gamers competing to see who is the greatest of them all. Mullenix says gaming is a sport because he states that gamers use the same skills such as strategic thinking and reflexes as athletes who play traditional sports. Gamers also get sponsorships and get scholarships from schools like athletes who play traditional sports. On the other hand, Coates claims that it is not a sport because it is not a physical sport. She says that sports strengthen your muscles and keeps you healthy while gaming does not. She sees gaming as a hobby and not as a sport.

Hi Heidi,
I am interest with your views in this topic. I play the Counter-Strike: Global Offensive in my free times, I agree with video game is kind of a sport. In my experience in CSGO, people can’t handle it without thousand hours, I have same idea with your views, “Also you would have to practice to get better at it like traditional sports”. The CSGO profession players most of them spend more than 6 hours per day in the practice and the training. You have to pay your attention and your time on it. When you play the game, you’re not only sit there and watch, you move your body and use your brain. In hltv.com, there are competitions and introductions for pros, this also an evidence for e-sport is sport. Back to my experiences, I played more than two thousands hours on CSGO and I trained a lot in it, I played better and better. There are no reason for video game is not a sport. Thank you for your topic and your views, I am excited to see what will you write next. Because your article just brought many useful point on it. They are clear and strong.