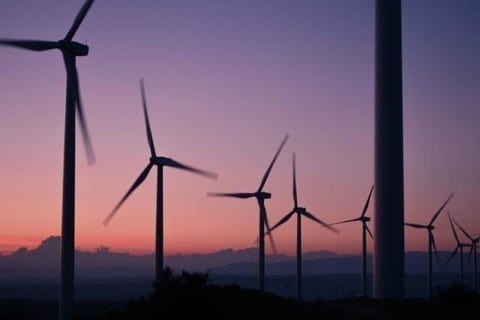 Cleaner energy sources are definitely possible, but is pure energy possible? Things like electric cars are not necessarily cleaner, they just produce pollution elsewhere. There is testing in using ocean waves’ kinetic energy to power society. There are also well-known alternatives like solar power, hydroelectric power, windmills, and so on. However, could mass use of these numerous “clean energies” prove to have negative effects as well?

On AltEnergyMag’s website, they stated, “the dams constructed for harnessing hydropower tend to greatly influence the flow of rivers, which can alter ecosystems and negatively impact wildlife and people.” For example, the damming of the green river has caused drought in some deserts, and conversely, other dams have caused flooding. This affects multiple species and, in turn, affects the other species that rely on the former’s populations. Birds and bats are specifically affected by wind mills seeing as they suffer from collisions and are affected by changes in wind patterns and air pressure.

The same website has solar powered energy as a contributing “cause [of] soil compaction, erosion, and alteration of drainage channels. Furthermore, solar energy systems can impact the land in the process of materials extraction, exploration, manufacturing, and disposal.” The article goes further to point out that bioenergy increases methane – which is a major contributor to greenhouse gases – and that geo warming is just expensive to use.

However, GreenPeace has argued that if “migratory and local bird population patterns are assessed before construction [of wind mills], [bird/bat deaths are] avoided completely”. So other solutions are likely available to fix any problems with clean energy. Greenpeace also offers solutions to expenses and other outstanding problems.  It is possible to use a wide variety of clean energy sources to reduce the effects of each type of energy as opposed to a large effect from mass use of a single energy source.

Overall, pure energy is not necessarily real in today’s world as of yet. However, the technology for some of these energies are still very new and have potential to be bettered. With this positive trend toward cleaner energies, it seems that clean energy may be closer than ever, even if not pure.

Hi Jacqueline! I must say, I love your writing! This topic has been boggling my mind for quite some time now and I’m happy to see that it’s not just me that is concerned about the future of our environment. What you have explained in this is super informative as I didn’t have a clue that bioenergy increases methane. Something that I would like to know more about is the amount of greenhouse gasses produced using fossil fuels as compared to green energy. Just how big of a difference would it make if we did manage to switch to green energy? Can’t wait to see where you can go with this.