Is this the start of women taking lead in the Best Director Golden Globes?

Home Is this the start of women taking lead in the Best Director Golden Globes? 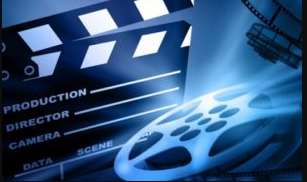 In the article, “Women Dominate 2020 Best Director Golden Globes” I learned that many women are rarely recognized for what they have done in the entertainment industry until this past year. Three women known as Regina King, Chloe Zhao, and Emerald Fennell were nominated for the best director Golden Globe award. This is an uncomforting fact for many women who are in or would like to be in the entertainment industry due to this fact. Regina King directed television shows and music videos in her past but her nomination was based on the film “One Night in Miami” which involved her directional debut. She is also known for being the second African American woman to be nominated for the Best Director award in Golden Globe history. Chloe Zhao who is a Chinese American filmmaker was nominated for her film “Nomadland” which received attention in winning the People’s Choice Award at the Toronto International Film Festival. Then Emerald Fennell an English director as well as an actor in many movies and tv shows received the nomination for her film “Promising Young Women” that she directed, wrote, and produced.

While I do believe this is great news to hear for the women nominated for these awards it is a bit saddening that they are rare chances in these nominations for a woman to be seen. I believe this challenge is hard for many Female directors and can result in many not wanting to go into the entertainment industry as these roles.

How can we improve this situation of recognizing more women to be seen for their achievements?