A call to do better !

Home A call to do better ! 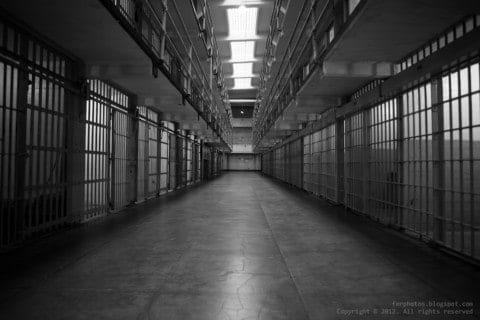 Do you sometimes set your expectations so high so you are put into a position where you are prone to disappointment? The poem “Immigrants in our Own Land” is about a young immigrant who decides to migrate a better place. He has hopes and aspirations for a better life wherever he chooses to migrate. Unexpectedly, his life takes a big turn as disappoint floods his head when he arrives to prison. Leaving him feeling like there is no hope for his anticipated future. The poet, Jimmy SantiagoBaca, who wrote the poem in 1977, conveys these ideas through diction, metaphors, and tone. Santiago alludes to  high hopes and expectations at the beginning of the poem, where he says, “We are born with dreams in our hearts, looking for better days ahead” (Lines 1-2). The poet does not mean they are born with dreams in their hearts, but he uses it as a metaphor instead. He refers to the dreams in our hearts as the American dream. The American dream lures immigrants to believe that opportunities await them at their doorsteps once they migrate to another country.

Immigrants who migrate have high expectations of what their new lives may be like and are often filled with nothing but disappointment. The poet says that “At the gates we are given new papers, our old clothes are taken and we are given overalls like mechanics wear” (Line 4-5). The words “at the gates”  suggest they are in a facility. Aren’t they simply regular human beings? Why do they need gate unless they are imprisoned? Prisons are places where people are dehumanized, not treated with respect at all and connotes to negativity. So the gates might foreshadow how the immigrants will be treated in America. Then, the poet uses the word “given” when the new immigrant is given the papers. The word given connotes some gift immigrants is receiving. Gifts are a usually a symbol of  love and or appreciation for the recipient. But concerning the immigrants the gift is supposedly “opportunity” for a better life. He then goes on to say “We take tests.” Not simply one, testbut multiple tests the poet says. This gives the reader an idea of how immigrants are given our suddenly given a new identity and need to meet the requirements to enter the U.S. This defintely juxaposes the whole idea of an immigrant. Immigrants seek for opportunity not an entire new identity. Critical therorists ROSALVA ISIDORO confirms the same idea by saying  “ He also uses statements such as ‘We take tests.’ which are statements that I feel depict the way immigrants are viewed as being different

in the United States of America”. They are not only taking one test, but many. That stanza also gives the readers a sense of how immigrants are handed a new identity and have to pass certain requirements in order to become part of a new land.”  This will eventually leave them feeling like they have completely lost themselves in the “new world.” To make matters worse the poet refers to the workers as counselors. “Then we gather in another room where counselors orient us to the new land we will now

live in.” The word “counselors” is a person trained to give guidance on personal, social, or psychological problems. Does the American system see immigrants as those who need help in a negative way? Once again they are just human and seek opportunity. The poet gives the reader the idea that they counselors give   unneccessary support like to the immigrants like they have issues or have psycological problems.

Some  immigrants seek to leave their country because of a fear that they may be killed, as a result they seek asylum from the U.S. People are then given papers and are sent to a detention facility where immigrants are held until they have a trial with the court, where they find out if they will be granted/not granted legal citizenship. Initially, this is supposed to be a safe place where they can be held, but judging by the conditions and stories reported immigrants  are treated as prisoner. Santiago says “My cell is crisscrossed with laundry lines, my T-shirts, boxer shorts, socks and pants are drying” (Lines 45-47). The poet uses diction and imagery to draw an image of being in prison. He says “My cell.” A cell is a very small room where prisoners are held in a prison. Then he says the cells are “crisscrossed” with laundry lines and etc… Santiago is painting the picture that the bars of the jail right in front of his eyes and are filled with clothes, leaving the reader thinking that hehas no personal space.  Which is a basic human right that your intitled. The crisscrossed cell is foreshadowing that basic humans rights are violated from the immigrants as well as prisoners. That’s not the only thing you are deprived of in prison. In an interview between Baca and John Keene, Baca says “A place like prison all sensory enjoyment is deprived.” He wants to envoke the idea that prison is so cruel that all sense of happiness is destroyed in prison. Not only is he giving the reader insight on what its like to be in prison but he is making the reader see the connection between a prisoner and a immigrant. In prison you also lose a sense of what community feels like. “Baca says So we go about our business, blacks with blacks,poor whites with poor whites,chicanos and indians by themselves.The administration says this is right” The immigrants get a sense of segregration.Why would they be segregated in the new world if its not a jail?  In jail women and men are seperated just like the immigrants are segregated.

Santiago, a Chicano, born in New Mexico first takes interest in this topic of immigrants when he arrives in jail in 1973 convicted on drug charges. Within his 5 years in jail, he learned to read and write, which was just the start to his poetry career.  Then he wrote “Immigrants In Our Own Land,” a narrative, which gives you a lense into the immigrant experience as well as the narrative of his incarcaration experience. He does that by changing the poem’s point of view from third person point ofview to first person’s point of view.  Santiago says, “We came here to get away from false promises.” He then transitions into to first person and says, “Men are hollering back and forth cell to cell, saying their sink ‘ work, or about a toilet overflowing, or that the heaters don’t work.” He explains the bad living conditions in jail. Santiago is possibly trying to reveal that immigrants are either becoming prisoners or they are entering the prison system. While he himself didn’t go through the immigration process, he was still deeply touched by stories he learned. And that’s where he began connecting the dots of his prison life to the immigrant life.

All immigrants expect to gain opportunity as they arrive to there new destination. But Santiago Baca  argues that the experience of an immigrants dehumanizes and in the end leaves you feeling like you have no hope.  Which changes the tone of being hopeful to hopeless in the ending. Baca says “Some will make it out of here with hate in their eyes, but so very few make it out of here as human” ( )  The poet uses figurative language to support his hopeless tone. He says some make it out with “hate in their eyes”. He doesnt actually mean you can see flames in their eyes but he means that a look of pure hatred would be flashed upon ther face.  Then he continues to say “very few” meaning not many will leave feeling like they are human. And to be human in this case is to feel like yourself and not left feeling like you have no value.

Santiago Baca reveals that not only are Immigrants so hopeful for their opportunities that are yet to come, but they are often disappointed because theyre expectations were so high. This poem was an eye opener to reality vs. expectations for the immigrant experience.  This idea is portrayed through the illusion that the life of an immigrant is similar to life of a prisoner. But can you really blame the immigrants for setting their expectations so high? Immigrants have to make a choicless choicebetween whether or not to stay in their country and risk not being able to survive or attempt to migrate to another place so they take their changes. One major thing that enables them to set their expectations so high is the “American Dream.”  The American dream comes from the idea that America is considered “ Land of the Free” this meaning that all free to do whatever they wish. America is also known as the “Land of Opportunity” where one could achieve anything they put their mind to, no matterwho they are. These are all things Immigrants are deprived of in there country and they seek to find it. Critical theorist Jake Stryker supports my argument behind Land of opportunity. He says “ Baca talks about how the immigrant comes to America with a head full of dreams, promised the opportunities they were never afforded in their home country. Unfortunately those dreams don’t often manifest in reality.”  The main point both of us are targeting at is a call to improve the system. Fix the system in a way that doesnt fail immigrants because thats our top priority.

Isidoro, Rosalva. “Immigrants in Our Own Land by Jimmy Santiago Baca.” The Waterhole, 15 Nov. 2016, wspucla.wordpress.com/2016/11/15/immigrants-in-our-own-land-by-jimmy-santiago-baca/.

Dear Keeba,
I liked your analysis but I think you should write when the poem was written where you first introduce the poem instead of where it is now because it seems like a run on sentence instead of a sentence with an appositive.

– use single quotation marks when there’s a quote within a quote.
– there should be their