Is There a Hope For Less Student Loans?

Home Is There a Hope For Less Student Loans? 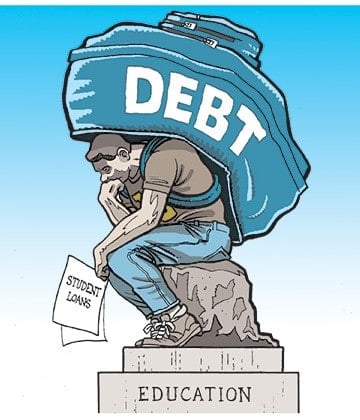 Student loans and college debt can be a difficult topic to discuss, especially as many of us are nearing college. We are always shown statistics that seemingly only get worse and it seems as if additional effective solutions for paying off student loans are seldom brought up. While we cannot expect student loans to entirely go away, there have been small glimpses of hope in new news that college debt is growing slower than before. In addition, there is a new act that could potentially change the way future college students approach their studies and more.

According to the an article by the Winston-Salem Journal, college debt is still growing, but slower than before. They believe this because colleges are awarding more financial aid, states have increased their spending on higher education, and colleges are raising their prices slower than ever before. About 65 percent of public and private nonprofit college graduates had to borrow money in order to finish school. Utah graduates had the lowest average college debt at about $18,838 and in contrast, Connecticut had the highest average for college debt at about $38,510. I thought that this was particularly scary and applicable because I be moving from Utah to Connecticut to attend college.

In order to combat the crushing weight of college debt, there is a new bill called the College Transparency Act. If passed, this act would allow future college students to find out their estimated future income so they will be more prepared to help them chose the higher education program that is best for them. In addition, students will know an estimate of what kind of debt they will be in and what their income will be like in order to pay it off. Senator Bill Cassidy, who helped create the College Transparency Act, says that it is necessary because there is $1.5 trillion in student loan debt and students aren’t finishing school because the curriculum isn’t right for them. In addition to this, CBS News presented the results from a survey that says people believe universities and colleges should help students with the financial responsibility, especially with ones who default on their loans. While the fate and progress of the College Transparency Act is not stated in the article, it is backed by multiple senators who believe that this could help relieve the effects and potentially decrease the amount of college debt there is.

I annotated the articles here.

This a very interesting and informative post. It is unfortunate that student debt is growing, but good that it is growing slower than before. As I near college, student loans and debt concern me, as it seems as if there is no getting around the responsibility of paying them off. The results from CBS News are pleasing, but not very assuring. I think that colleges and universities should be more involved in helping students pay them off.
Great job!