Is the World Really as Bad as the Media Says?

Home Is the World Really as Bad as the Media Says? 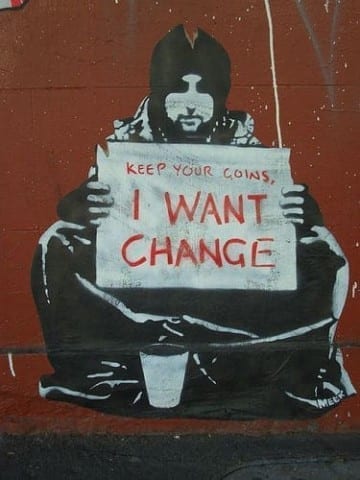 I think that this is a super interesting question because it is just around us all the time in the news and I have heard very strong opinions and feelings about it around the world. I also think that I have heard such varying views about this topic that I wonder just who is right and who is wrong, rather either party’s right and either party is wrong. I would just like to know what the truth is and rather or not we can do anything to change the way that the world works for those that are more unfortunate than us.

Everyone around me that I have talked about this topic with has a different opinion on it.  For some the media shows it correctly without hiding anything and others think that the media is not showing enough and that it is far worse than we are led to think and understand. More than 3 billion people live on less than $2.50 dollars a day and more than 1.3 billion people live on less than $1.25 a day which is living in extreme poverty. But the amount of people living in the realm of poverty has decreased 20% since 1992 meaning that the global trend is leading away from the terrible poverty people have been living in.

In connection to that and the positive growth our world is seeing in moving away from poverty still more than 750 million people lack adequate access to clean drinking water this leads to 842,000 deaths a year and about 2,300 a day.  It seems to me that our world although it is beginning to move away from poverty our world is still losing too many people to issues like hunger and a lack of access to clean water and truly an ability to live.