Is the world always at war?

Home Is the world always at war? 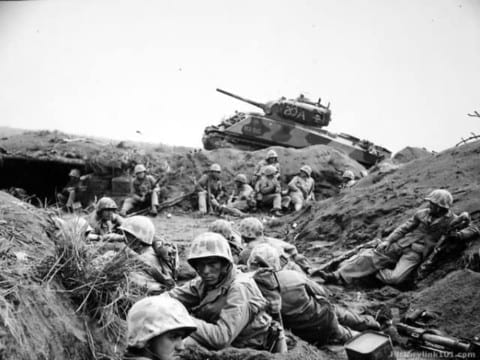 The dystopian novel called 1984 by George Orwell was written as a negative utopia that creates a imaginary world that is compelling and corrupt in the social world, but the social trends in the book are actually Orwell’s own societal concerns about the real world today. The prediction Orwell made about a century ago that concerns war is still a concern today. In Orwell’s nightmarish dystopia, the world is always at war.

The enemy changes, but the war never ends. Despoiled in chapter three it says, “Winston could not definitely remember a time when his country had not been at war…”, meaning there has been no time for peace. Winston can only remember war and destruction since the day he was born. Just like today, I was born about a year before the tragedy of 9/11 that caused the longest war known to date. The incident happened in 2001… it is know 2018 and it doesn’t seem like the world is ready to have peace anytime soon. I completely agree with this statement, “Reality exists in the human mind, and nowhere else.”(page 3) This saying was stated in 1949 and this is still a probable clause that is effective today in our modern world.

So far, Orwell’s predictions about war are right. According to Mr. Tozer the world has always been at war as far past the eighteenth centuries. In his timeline, it shows all the wars over the years sense now. And the results are disturbing. All of the wars overlap each other so there is no room for peace on the world. Mr. Tozer shows the readers that the world will always be in a war and not peace because humans can not find a way to comprise other than violence. But why does the world always have to be in a war? Is there a way we can work together to have a brighter and better future for us or has the government taken over and manipulated us to a point of no return?

In today’s society  we live in a world of trouble. Conflicts today may be much less lethal than those that scarred in the last past years, but they found that this idea brings little comfort. We as a people remain deeply anxious. We can blame terrorism and the fear that inspires us to despite the statistically unimportant number of casualties it wars  or even the contemporary media. This also including the breathless cycle of “breaking news”. The Guardian article explains that “the truth remains that the wars that seem to inspire the fanatics or have produced so many headlines in recent years prompt deep anxiety.” One reason is for sure that these wars appear to have no end in sight just like Orwell said about seventy years ago. This article supports Orwell’s theory in how the world will never know peace and only war.

Another article that supports Orwell’s theory of war is Africa’s Forever Wars written by By The Editorial Boards of The New York Times. This article claims that the United States has been at war continuously since the attacks of nine eleven and now has just over 240,000 active-duty and reserve troops in at least 172 countries and territories. While the number of men and women deployed overseas has shrunk considerably over the past 60 years, the military’s reach has not. Like in 1984, the people of the countries have been manipulated into lies and corruption. Whether this problem  will continue is uncertain. But the larger question involves the American public and how many new military adventures, if any, it is prepared to tolerate.

What can the world do to help it from making Orwells fantasy into a reality? And if you ask me i do think that the world can come back from the deep and dark wars of the past. I’ve realized that actual countries don’t go to war. The leaders of countries go to war. They marshal their reasons, stir up the public, dehumanize the enemy and then  send out their forces to begin an unnecessary war. The number of people actually responsible for the decision to go to war can usually fit comfortably inside a room. People in one room decide if their thousands of troops will die in war or live. We need to have the courage to commitment to the goal of peace. We can’t worry about if it can be done at all, or how long it might take. It can be done. It might take a long time. But it will be worth it in the end. If we don’t decide to change our ways in our world today then the 1984 fiction books fantasy will become our reality.