Is Technology Affecting Our Relationships With Others?

Home Is Technology Affecting Our Relationships With Others? 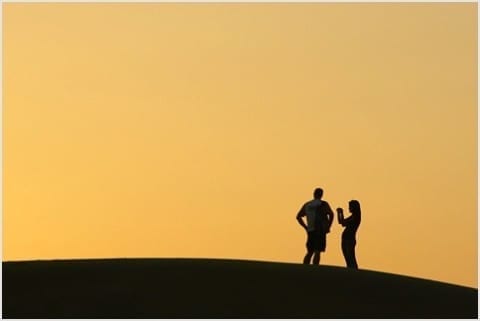 Technology is at the forefront of today’s society and is pervasive in everyday life. However, there are many negative ways that this invasive technology can affect the way we communicate in our relationships with others.

According to Huffington Post, the study of technology in epigenetics shows us that our brain is becoming rewired by technology. In social media, we see into other people’s private spheres, creating this sort of bubble of immersion where we think we should be involved in people’s private lives. We either use this for better or for worse, to share our point of view of the world or interest or attract others.

So, technology rewires the way we communicate. How, you may ask? For example, with the rise in technology use in the workplace, people are expected to use the efficiency of technology to focus on work outside of the workplace, including at home. This invades the home life, causing loss of family connection and family conflicts. Technology affects the way we form friendships too. A California State University and UCLA study said that for young people, face-to-face interactions are less desirable than social media or texting. This could cause an inability to form lasting friendships or difficulty understanding social cues. When we send confrontational messages over phone rather than in person it blocks us from registering the negative emotional responses, which gives the illusion that we’re not really doing harm. Unfortunately, this also usually means we don’t use as much empathy, and often find ourselves sending a different message than we intended. It’s much easier to injure friendships online than in person because of the ease of creating misunderstandings electronically. With romantic relationships, technology helps couples to become more connected than ever, which can lead to more conflict and expectation. An instant reply is expected so when it is not there, it causes more problems than it should. “Whatever dating site you use, you ‘meet’ someone and immediately start fantasizing about them, because it can be more fun than reality,” says Bea Arthur, a mental health counselor of an online therapy website. “I see people delaying meeting in person for as long as possible, although we know better.” And in some extreme cases, one might fantasize being in a relationship with a fictional character on the internet, corresponding with addiction. This happened to Benjamin Painter, 32, of Dallas, who lost his ex-wife to a fantasy relationship she developed over Facebook’s Mafia Wars.

Technology is becoming a hindrance against the human connection in society. There is less compromise and community now then ever before. Technology has affected the way we perceive and portray emotions, therefore effecting the way we handle situations and talk to others. Do you think technology is affecting your relationships, or relationships in general? How/Why?

Photo by nevil zaveri (thank you for 15 million+ views)

Dear Sophie,
I am surprised by your post, “Is Technology Affectiong Our Relationships?”
One sentence you wrote that stands out for me is, “When we send confortantational messages over phone rather than in person it blocks us from registering the negative emotional responses, which gives the illusion that we’re not really doing harm” because it is true. When were on the phone we never know if what the person is saying is true because they can just tell us what we want we hear and not mean it at all. In person, you can tell about their body language and attitude if they mean what they say.
Another sentence that I enjoyed reading was, “Technology is becoming a hindrance against the human connection now then ever before”. This stood out for me because technology and social media really does mess up relationships in the real world. People now days really live for social media.
Your post reminds me of something that happened with me. One time I was on Instagram and it was a lot of females that were trying to be my friends. They would comment under my pictures and even dm (direct message) me. So I decided to respond back. We ended up becoming friends on social media. However, one day I seen her in person and it was weird because we just walked past eachother like we did not know eachother. Later on that day she texted me saying, “Oh I seen you today”. I just stopped talking to her because that was weird to me. She would be so comfortable talking to me on social media but not comfortable to say anything in person. That is why your post was so interesting to read.
Thanks for your writing. I look forward to seeing what you write next because you seem to know what your writing about.

Hello Sophie, I enjoyed reading what you posted and found it quite compelling how “technology affects the way we form friendships too” . Technology have been and is increasingly becoming a center of our lives, we become dependent on it and everything we do evolves around it. Although I know there are positives parts of having technology, but not at the point of making us forget and ignore our surroundings and become less aware of the real life. I’ve read in http://onlinelibrary.wiley.com/doi/10.1002/asi.21540/full, we depend so much on technology that we spend a considerable portion of our daily life interacting through social media.

Hello Sophie, I really agree with the interference of work life and home life because of technology. Instead of people to go home and rest for the day, they still are pushed to do more work because of technology. I also agree with the dating topic. Sometimes now these days instead of meeting face to face, people like to sit in front of a computer or phone screen, and talk to someone online that they find attractive which is kind of sad.

Hi Sophie I loved your post and how you said “face-to-face interactions are less desirable than social media or texting”, I would agree. Today many young people do not know how to make eye contact and from my mom (who’s my source in this post) says “I’ve noticed that with many young applicants who want an internship with me, alot of them struggle with maintaining eye-contact and knowing proper social skills.” And, so I would agree a conversation on the phone is two-people hiding behind screens and body language is thrown out, making it a different type of conversation as you will, than having a face-to-face conversation.