Is Robots & Technology Good In Life? 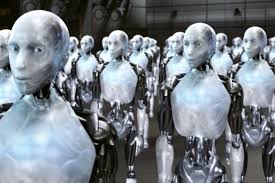 Hey my name is Juan Rodriguez, I am a sophomore in Oakland Unity High School and In my English class we have been reading about robotics and artificial intelligence.

I believe that robots in the future will be taking over humans as said in paragraph 3 in the reading of Our Robotic Future, “our society is already seeing signs of both possibilities robots and drones are being used on battlefields, while elsewhere robots are used as rescue worker, caregivers, and even as pet”. What this is saying is that robots are being created in so many ways and if one day the robots start thinking like us as humans their will for sure be a kaos. They would probably try to take over the world with the thinking they will have. I also think that technology or robots are a bad thing because as you could see now in days almost everyone in this world are in their phones and they can’t live without them, there is so many people that had committed suicide just because they don’t have a phone. Before when technology wasn’t that known, a lot of people had better lives and didn’t worried that much.

So the question is are robots going to take a role in our lives? What I think about this is that robots will be taking jobs and that is a bad thing because they will be taking millions of peoples job’s and that’s bad because how are people going to survive if they don’t have jobs, how are they going to have a roof to live on. In the movie I, Robot Vicky had control of all the robots and Vicky always learned new things that the robots couldn’t learn and on Vicky’s perspective she tried to end almost the entire live of humans because they were only going to take care of some humans but not all of them, that’s why they wanted to kill almost everyone. So just imagine if you create something like that and you can’t stop it ?!? What I am trying to say is that what is the pint of life if you won’t be doing anything everyone is going to be dry and there will only be 25% of humans living. Life is about being happy and fight for what you want, you need to earn it.