Home Is Money Over Valued? 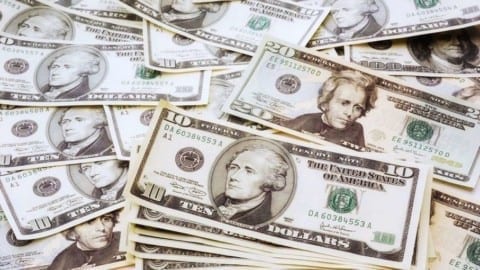 Hello Mikeala,
I really agree with you argument. Americans really do seem to value money over anything else. Money is the center of a lot of controversy in the United States. I think it is ridiculous that amazon didn’t have to pay any taxes after making 11.2 billion dollars! It is so unfair that some people work so hard and don’t make much money at all and still have to pay tons of taxes while a company who makes billions doesn’t have to pay a cent! If one person has to pay taxes then everyone else should have to too, there should be no reason one person shouldn’t have to pay taxes. I found this article on the Amazon taxes that i thought might interest you, it is called “Fact-check: Does Amazon Pay No US Federal Tax Income?” and once again, good job on your argument piece!

Dear Mikeala,
I really liked reading about your perspective on the American dream. I agree with you that money is a big deal in our society today, in many aspects. I especially found your evidence about Amazon not paying taxes last year crazy, since they made so much money. I also found it surprising that the people with the least amount of money get taxed the most. That seems entirely unfair to the people that work hard and society and struggle to keep a steady income in order to support their families and or themselves. The topic of money made me think about equality of income in between genders as well. In an article I found it stated, “Among full-time workers, women earned less than 81 cents for every dollar a man earned in 2016” (Inequality.com). What do you think we should do in order to stop the unfairness of taxes and income in between classes? Awesome job again!