Is minimum wage too minimum?

Home Is minimum wage too minimum? 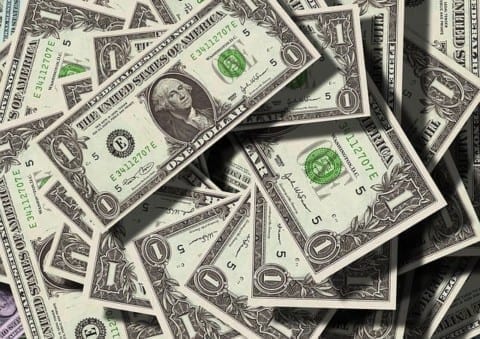 “Should the federal minimum wage be increased?”There are good arguments for both the pros and cons side of this argument. I am arguing that yes the minimum wage should be increased although the cons arguments were quite good. The cons arguments mostly had to do with companies and people being unhappy with profit and costs. The pros arguments were mostly about lowering the gap between pay and the economy. https://www.dol.gov/whd/minwage/america.htm In my reading, I have found that there are good arguments for both sides of the question. For the cons side, most people are concerned about it causing job losses and raising prices for customers. Some corporations will no longer make a profit because they will be paying their workers more than they can afford. As salaries go up so will the prices of good and that will result in consumers paying more for their goods.  This may lead to a further economic downfall in the future. https://www.theperspective.com/debates/businessandtechnology/raise-minimum-wage/

For the pros side of the argument there were some equally good arguments, I am choosing to argue on the pros side. I am doing this not because one argument is better than the other, but because of personal bias and my belief that this would help people and our economy. The money given to the employes will go right back into the economy because the working class is the main consumers. Raising wages will reduce income inequality because the people making minimum wage will earn more per year reducing the gap in pay. It will also benefit the children of poor families by making it easier to integrate into schools. They will have the same supplies and opportunities as other kids. https://www.theperspective.com/debates/businessandtechnology/raise-minimum-wage/

I agree with the statement: “Raising wages will reduce income inequality because the people making minimum wage will earn more per year reducing the gap in pay.” Although this may seem like a self-explanatory statement, there are actually many nuances that go along with this assumption. The basis for comparison is the current economic salary of minimum wage workers, and assuming all else remains equal, this assumption will hold true. The problem comes with the company’s decisions to hire less workers because of higher wages for the lowest paid workers. The entire salary system is based of off productivity and fundamental principles of “work harder, get paid more”. When a job requires the same qualifications but has an increase in salary, companies will simply hire less people to do the job so they can save money. The result is an increase in inequality, and the money ends up being less distributed then before. The class of society that lives on minimum wage salary is not the class that puts the most back into the economy, or “the working class”. The economy thrives on the middle class, not those who barely pass the economic threshold for being above the poverty line. I would love to hear more about the concerns surrounding increases or decreases in minimum wage.

I agree with your argument that minimum wage should be increased. I liked how you explained the argument for both sides. One quote that stood out to me was when you said “The money given to the employees will go right back into the economy because the working class is the main consumers” I think this quote summarizes my beliefs on why minimum wage should be raised. Here is a link to an article that I think relates to your argument well(https://www.epi.org/publication/why-america-needs-a-15-minimum-wage/). Overall it was a good argument.