Is it too late to prevent climate change?

Home Is it too late to prevent climate change? 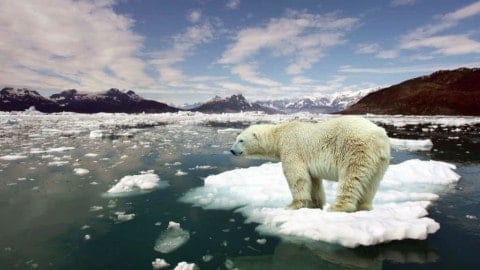 One way to do this is to reuse old things and repurpose them into new things. This can prevent the need to buy new things which leads to less manufacturing. “Repurposing is the use of a tool being re-channeled into being another tool, usually for a purpose unintended by the original tool-maker”(Wikipedia). Examples of repurposing include using tires as boat fenders and steel drums or plastic drums as feeding troughs and/or composting bins.

A pretty easy way to reduce our carbon footprint is to reduce the amount of meat in our diet or even remove it completely, specifically beef. Studies have found that beef production creates roughly four to eight times the emissions from pork, chicken, or egg production, per gram of protein, and all have a larger climate-change footprint than plant-based proteins like soy or beans. “A scientific assessment from 2017 attributed 23 percent of total global warming to the livestock sector, citing operations that use energy and fertilizer, cause deforestation, and release methane (which has more potent warming effects than carbon dioxide)”(Washington Post). If everyone cut beef out of their diet we could significantly reduce climate change, but let’s be honest, nobody is going to do that.

The last big way to prevent these changes is to reduce the amount of energy you produce. This can be done by turning off lights when they are not in use, using less water, riding your bike to places, and taking public transportation. “​​In the United States, transportation accounts for one-third of energy-related emissions, according to the Environmental Protection Agency. Between 1990 and 2007, these emissions increased by 29 percent”(Melanie J Martin). Cars are a huge part of the greenhouse gas emissions and by walking or biking to places close by, you can cut that number by a lot.