Is it possible for humans to live on Mars in the future?

Home Is it possible for humans to live on Mars in the future? 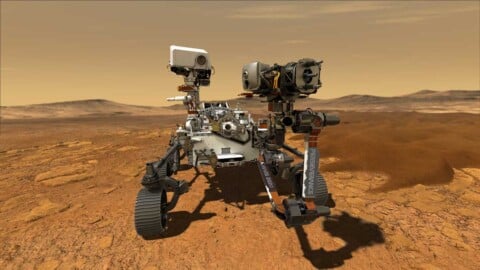 The idea of going to Mars is a serious one. Experts from all across the world are debating whether or not humanity should go to Mars. Going to Mars, we believe, is a horrible idea. It is, for example, extremely perilous, and humans are not yet prepared to travel to Mars.

To begin with, going to Mars is a highly dangerous. The weather on Mars would be harsh since it is so far away from Earth. Dust storms and asteroid activity, for example, can be exceedingly destructive to Mars’ thin atmosphere. “Without the protection of a dense atmosphere like we have on Earth, these particles might cause cancer and even brain damage,” writes Amanda R. Hendrix in her paper. These are only a few of the threats that could arise on Mars.

Although you believe that sending people to Mars to occupy the planet is a poor idea, we can see some advantages on the opposite side. It would, for example, pave the door for future investigation. Who knows what else we could be capable of if we can colonize Mars! Also, even if humans are unable to explore Mars, robots might be sent to do so, as Amanda R. Hendrix stated in the article, “…robots have proven tremendously helpful in studying Mars; they discovered ice beneath the planet’s surface…” Despite the fact that all of this is correct, it is still not the best idea. While sending robots to Mars could help us with exploration, it is still not the same as sending humans. Humans would be able to accomplish exactly what they set out to do, as well as observe precisely what they seek.

Finally, we believe that visiting Mars is a horrible idea. For example, it is quite risky and presents a significant risk, and we just cannot accept that risk. The Mars mission faces numerous barriers and problems. As a result, people should not travel to Mars.

I agree that this is interesting, I like how you made points about the pros and cons. I think that right now however is more of a time to focus on our current planet rather than traveling to mars.

This was a very interesting idea to think about. I agree with how you said that with all our technological advances we might be able to do that in the future. But I also agree that it would be very dangerous. I would say that I think it is worth trying, especially since its something that could be very beneficial in the future.

I like the topic you chose to write about. You make very good points about how humans are not yet ready for travel to space. Very well written

Thanks for writing about this important topic. We are no where near ready to travel to Mars, but it is important to keep working towards this goal. I think we are focusing too much on colonizing Mars when we need to be more focused on making sure it’s safe to travel to. I’d love to hear what else you have to say on this topic

Fernando, I agree with this. I think this is a very interesting topic to talk/think about. I like the facts you give out and how you end with saying how dangerous traveling to Mars can really be.

Thanks for publishing this article, as this topic is at the forefront of every space agency in the world. I fully agree that we are unprepared for a journey to Mars anywhere in the near future. But, I do feel that agencies like NASA should continue working towards this goal. However, I feel that we should not put a mission to Mars at the center of attention. I feel that rather than banking on perhaps colonizing Mars, we must put the most focus on ensuring our planet is safe to live on in the future.

I think going to Mars is a really interesting topic. The scientific leaps that would be accomplished are astonishing and far out way the obstacles presented. I appreciate that you present both sides, however exploring Mars is not a horrible idea, there are thousands of minds working towards making this possible. Of course there are risks, but there is virtually nothing to lose. It is totally dangerous, of course it is, but that’s no reason to just back down and give up. We would lose far more by not going than taking the risks and taking a chance on making the some of the biggest scientific discoveries in the human history.

I liked reading this post. I liked how you presented evidence from both sides of the argument to make a more educated decision. I agree that currently, it is too dangerous to send people to Mars. But after more research is done and it would be safer, it could be a good option for us in the future.

I really like how you used evidence to support both sides of the argument if sending people to mars is a good idea. I agree that it would be dangerous still to send them there especially to live there for long periods of time. I think that there should be more technological advances before doing it.

I like your post, I think that it has a lot of good ideas for the future of humankind and what are able to accomplish. Being able to live on mars would be cool. I also think that it would be dangerous but it might be worth it if somehow earth gets ruined.

I would have to agree that sending humans to Mars would be very dangerous. I also think that it is possible that technological advances in the near future could make it much more probable. Another positive about going to Mars could be escaping our damaged climate on earth if it gets too dangerous to live here.

I think this post has a lot of future ideas. The question is whether or not technology will advance enough to maintain life on mars. That would be very cool. From exploring our planet to others. Human arrival to mars could be a global event that brings people together.