Is Intelligence Nature or Nurture?

Home Is Intelligence Nature or Nurture? 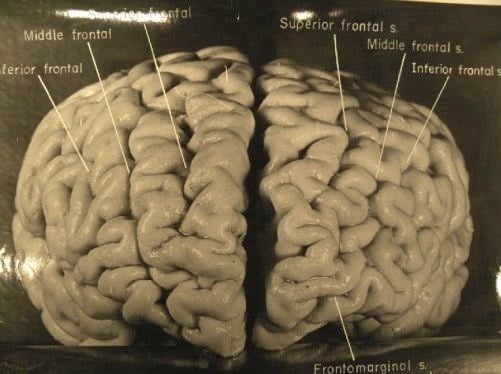 In a society with various people, intelligence is based on nature because, research has proven that “a person’s IQ is highly influenced by genetic factors” (Williams).

In a study conducted at King’s College London, “turned to a cohort of more than 11,000 pairs of both identical and non identical twins” to analyze different traits (Williams). In the study, “the team found nine general groups of traits that were all highly hereditary”, that shows that some parts of intelligence is nature instead of nurture (Williams). Of course, nurture also plays a role in intelligence, like when a student studies for a test or quiz, they are more likely to succeed on the test or quiz than other students. There are students out there who do not need to study as much compared to other students because intelligence is hereditary.

Albert Einstein was “a famous physicist. His research spanned from quantum mechanics to theories about gravity and motion” (Byrd). Something about Einstein that makes him different from everyone else is that his “brain actually looks different from yours or mine” (Byrd). After Einstein died, research was done on his brain to see how he was so smart compared to everyone around him. In 1985, “a study revealed that two parts of Einstein’s brain contained an unusually large number of non-neuronal cells – called glia – for every neuron” (Byrd). Could that mean that the number of non-neuronal cells could have made Einstein significantly smarter than everyone else?

There are many things that can make someone “intelligent”, like the person’s genes, or the way someone’s brain is shaped, or how much someone studies. No matter what the circumstances are, everyone is special in their own way, and everyone has their own talents and things they are good at.

Note on the Featured image:

This is an actual photo of Einstein’s brain, which was preserved in formalin by pathologist Thomas Harvey after Einstein’s death in 1955. A new study of this photo and others of Einstein’s brain reveal an unusually complex pattern of convolutions in the prefrontal cortex, which is important for abstract thinking. Photo via the National Museum of Health and Medicine in Silver Spring, Maryland. (Byrd)

I am impressed with your post, “Is Intelligence Nature or Nurture?” because there are many factors that help to determine how intelligent someone is. It also allows students to know that being smart isn’t just because kids are smarts is because of genetics and from your own will.

One sentence you wrote that stands out for me is “Of course, nurture also plays a role in intelligence, like when a student studies for a test or quiz, they are more likely to succeed on the test or quiz than other students. There are students out there who do not need to study as much compared to other students because intelligence is hereditary.” I think that this is important for students and teachers to remember because somethings are able to change while others aren’t.

I am impressed by your post, ¨Is Intelligence Nature or Nurture,¨ because it is interesting and impressive how intelligence has a lot to do both genetically and with the education that you received. I think most people think that intelligence comes from your effort, but apparently it is not only that.

One sentence you wrote that stands out for me is: ¨intelligence is based on nature because, research has proven that “a person’s IQ is highly influenced by genetic factors” ¨ I think this is very strong because this simple sentence makes you really think about where all the intelligence that many have come from.

Dear Stephanie,
I found your post to be really interesting. Intelligence is something that we’re constantly trying to achieve in school and yet we never get told how any of it is even measured. I think it’s interesting to question what qualifies someone as smart just because, like you said, everyone has different capabilities, talents, and circumstances so it’s kind of hard to place everyone in a single box.
Something that stood out to me was when you mentioned environment and studying, because when I first thought about the question I couldn’t help but think about how in order to be proficient at something we must practice it. So to me, taking into consideration outside factors are really important to qualifying someone as smart.
Thank you for writing this, it was really informative and well written !

I think that you including the study of Einstein’s brain made your argument easier to understand and also made me want to know about that like how does the average human brain compare to Einsteins brain, or if anyone that has been born recently have a similar brain to Einstein’s.

I really like how you involved in your articles scientific research and how you based your opinion off of that. I also like how you Einsteins brain and supported your statement with that as well. The only thing I would say to do is to put more of your own words on why you believe your statement and giver your opinion instead of basing it off more on the evidence.