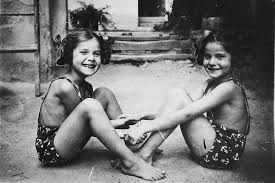 Did you know that the Nazis performed experiments on thousands of twins? Josef Mengele was a handsome but cruel man who worked for the Nazis performing horrible experiments on young twins. Though, do you wonder that with the current laws we have now, would he be get away with everything he has done? I believe that it is not ethical for Josef Mengele to do the Twin Studies with the current laws our country has. First, it is against the law to perform acts on humans that could lead to death. Second, Mengele did not receive consent from the twin’s family or from the twins themselves. Lastly, people who have seen the experiments questioned whether the experiments were ethical themselves.

Having laws that are present today prevent Mengele from performing his studies on the twins. Before joining the medical field, is is required for the person to sign the Hippocratic Oath which state to do no harm to patients. In “Timeline of Laws Related to the Protection of Human Subjects” by Joel Sparks states, “The ancient Hippocratic Oath specified a duty from a physician to avoid harming the patient” (Sparks). If Mengele were to become a doctor in this day and age, he would not be allowed to do anything harmful without having further punishments that will put him to jail. Laws keep Mengele in line to prevent human experimentations. Also, it is manslaughter if Mengele were to kill someone today in this era. Furthermore, from the same article, it explains, “Principle of Beneficence: Research must be shown to be beneficial and reflect the Hippocratic idea of do no harm. Principle of Justice: The benefits to some must be balanced against the risks to subjects” (Sparks). These are the Principles of Bioethics in which is made for cases like Mengele. It is impossible to get away with killing twins for the sole purpose of experimenting.

Consent is needed in order to perform any act of research including human subjects which Mengele did not receive from any of his subjects. Taking children from their families are not ethical in anyways. In “A History of Mengele’s Gruesome Experiments on Twins” by Jennifer Rosenberg wrote,“Some mothers tried to hide their twin, but the SS officers and Mengele searched through the surging ranks of people in search of twins and anyone with unusual traits” (Rosenberg). No consent was given for the experiments but yet Mengele and SS (Nazi soldiers) ignored the citizens complaints and continued to take the children from the parents. Not only the twins were taken but other people with unique traits were stripped of their children too. Moreover in the article, “Timeline of Laws Related to the Protection of Human Subjects” by Joel Sparks, it notes, “Specific requirements of informed consent defined” (Sparks). Consent is a specific requirement for any research that is conducted by anyone. Consent is required now because of different cases in the past such as the Nazi and HeLa cells. Without consent, that is assault.

People who knew of the experiments the Nazi published, agree that the experiments are not ethical. In “Survivor of Nazi ‘Twin Experiments’ Talks to Doctors About Human Subjects Research” by Methodist Hospital states, “Science should be for the sake of mankind, not for the sake of science alone” (Kors). This quote shows that it is not right for experimenting on humans for the sake of science. Eva Kors who is also a survivor of the experiments know fully well whether or not what Mengele did was ethical. Additionally, in the article “Nazi Scientist and Ethics of Today” by Isabel Wilkerson show an interview with Dr. Arthur Caplan, director of the Center for Biomedical Ethics at the University of Minnesota and the chief organizer of the conference who said,”This is forcing people to confront the evil wrought by medicine.” ‘Children as a Commodity’” (Caplan). For the medicine that people receive, the discovery is through experiments that is done on animals or humans. That is how humans have been able to make advancements in the medical community. For a doctor to say “evil” show that he knows the wrong doing that is behind the trials and testings.

In conclusion, it is not ethical for Josef Mengele to do the Twin Studies with the current laws our country has because of required oaths that must be signed to prevent harm that could become of the patients, also consent is needed in order for further experimentations on humans, and lastly people don’t believe that the experiments Mengele did are ethical. The Principle of Bioethics are placed in order to keep doctors and anybody in the medical field in line to show that there will be punishments for people who break these principles. It is manslaughter to kill someone no matter what even if it was during experimentations. Consent is needed in order for anything to proceed. Many agree that it is not ethical for any of the experiments Mengele did because he  did not do it for the sake of humans but for the sake of science and a hoping to raise his ranks. The cruelty and gruesomeness of the experiments should not be continued and will not be allowed in our world today.

This article talks about the Nazi experiments and whether or not they were ethical today. This article includes an interview with Dr. Arthur Caplan, director of the Center for Biomedical Ethics at the University of Minnesota and the chief organizer of the conference. This cite is a known organization that many trusted by mainly. Their reputation is largely known for being truthful.

This article is about the survivor of the Twins Studies named Eva Kors. She spoke in front of a panel of doctors. Against the wrongdoings of Josef Mengele, she told the people about that experimentations are for the improvement on people’s lives not for the sake of science. This source is trustworthy because the information that is sited on the article comes from Methodist Hospital. It is against the Hippocratic Oath for them to lie about information as this. There would be serious consequences that will come if they do.

This is a timeline of laws that relates to human experimentations. It talks about the Principles of Bioethics and consent. This source is credible because it is a government written paper, so what they write is approved by the government. Also, this website have been used by many people for a wide range of information.

This article summarizes what occurred during the Twin Studies performed by Josef Mengele. Showing the process of how they abduct the children and the cruel, torturous experiments that he did. This source is trustworthy because of the currency of the article. This article also summarizes many other articles.

Dear Victoria,
Wow, your post was really good. Although I had also read this article your writing allowed me to learn knew facts about it and it allowed me to look at this situation through another lens. I’m wondering if in your opinion these studies should still be done if there was no law that would say it is illegal? Thank You for your writhing. I look forward to reading your future posts.