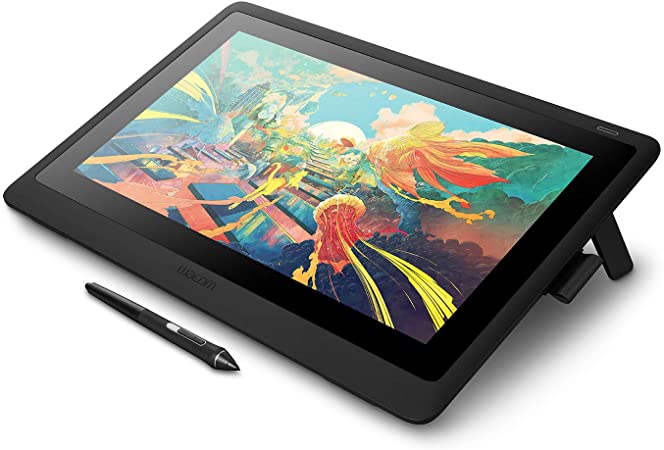 To some people, digital art is considered “fake.”  They believe that it’s cheating and doesn’t require any effort.  However, I believe that digital art is just as hard as traditional art, and shouldn’t be considered less skillful.  Just because the artwork is digital, it doesn’t mean that it took no or less effort.

“Some traditional artists accepted and validated digital art, while others even thought you said, ‘Computer, draw me a cow,’ and a cow suddenly appeared on your computer screen (Vicini).”  Many think that digital artists can just make something appear on their screens in a few seconds or minutes.  That is not true at all- digital art could take even longer than traditional art sometimes.  Personally, I find it harder to put details in digital art, like with tree bark or flowers, so it takes me longer.  The process of making digital art is the same as traditional- a piece doesn’t just appear magically.  For both, you have to draw a sketch, line it, and then color and shade.  Sure, it’s easier to color digitally if you use the bucket tool- but coloring manually with a solid color really doesn’t require any skill either, it’s just more time consuming.

“While traditional art involves a mastery of techniques like manual brush strokes and color blending, digital art needs expert knowledge about how to use various software tools to create different effects (Makhun 2021).” Some traditional artists say that it’s cheating to use digital brushes when they have never tried it themselves.  There are more kinds of digital brushes than there are traditional, and it’s hard to use all the brushes correctly or to get the effect you want.  I would even say that digital and traditional art are too different to be compared, since they are about mastering different things- digital art requires art skills, but it also requires a good knowledge of computers.

Dear Susannah,
I am amazed by your post, “Is Digital Art Fake,” because it allows people to reconsider there opinion on digital art. I also liked how you mentioned the similarites and differences between both the traditional and digital art.

One sentence you wrote that stands out for me is “The process of making digital art is the same as traditional- a piece doesn’t just appear magically.” I think this is a good point to make because a lot of people think that it’s as simple as that.

Thanks for your writing. I look forward to seeing what you write next, because seeing arguments about art is interesting since they come from artist. The way you structred your argument allows people to consider your point of view.
﻿
Jennifer

Susannah,
This was a really well thought out post. I liked all the background details that you provided. Its interesting how some people think that digital art is considered “fake” because digital Art is just as hard and requires the same about of skill and practice. Your post really grabbed my attention. You made a good point talking about “Some traditional artists say that it’s cheating to use digital brushes when they have never tried it themselves”. You also did a good job finding links to more information about this topic.