Home Is College a Burden? 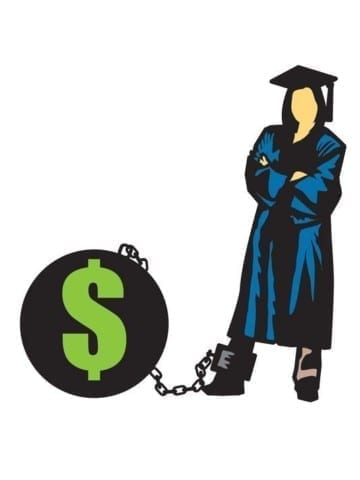 The percentage of students leaving with huge debt of student loans is increasing as the years go on, causing students to struggle under all that weight and that’s affecting young. Many americans owe over $1.4 trillion in student loan debt, among about 44 million.According to U.S. News, “Colleges might have lower average debt levels because they enroll fewer students with the financial need to take out loans.” This is just wrong to students because in High School who has a job that pays you more than maybe 1,000 a year. I don’t understand how colleges think people right out of high school can pay these costs. Parents should have to just lay down money on their kids college education. If college was free then everyone would have a better chance at reaching their dreams and living life without the worry that their tuition might not get paid.
Also created by: